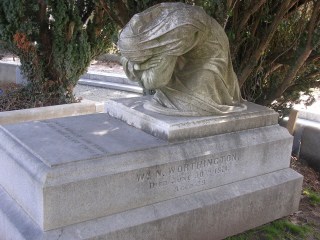 By far, one of the most beautiful, scenic, and mystical cemeteries I’ve ever visited is the sprawling 135-acre Hollywood Cemetery in Richmond, Va.

Opened in 1849, Hollywood Cemetery was constructed on land known as “Harvie’s Woods” that was once owned by William Byrd II. It was designed in the rural garden style, with its name coming from the holly trees dotting the hills of the property.

Located beside the James River, Hollywood is spread out across hills and dales, with roads that wind beneath stately trees. Many of the monuments are works of art, and the natural and architectural beauty of this cemetery sets it apart from the grid-like layout of most others. 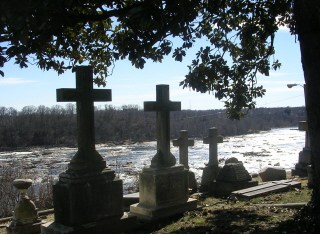 The Hollywood Cemetery in Richmond overlooks the James River.

Landscape architect John Notman designed Hollywood in 1847 as a “rural” style garden cemetery, and specifically left trees and other plants untouched in order to create a peaceful haven.

Today, there are heritage roses, magnificent trees, and other blooms that live up to the name of a garden cemetery. The sound of chirping birds and the relaxing sound of the James River flowing over rapids close by add to the peacefulness of the place. 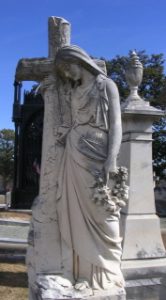 Who Is Buried in Hollywood Cemetery?

Holly Cemetery doesn’t just have natural beauty. It is also worth the visit because it is the final resting place of two presidents (Monroe and Tyler). President Jefferson Davis of the Confederacy, and dozens of other notable historical figures are also interred there.

Many Civil War soldiers are also interred in this cemetery, including more than 2,000 unknown soldiers from the Battle of Gettysburg.

I could write numerous posts on this cemetery, and plan to do another one that concentrates on the Civil War connection entirely. However, there are other gravesites that capture a lot of attention as well.

Where Is The Iron Dog In Hollywood Cemetery?

Perhaps the most famous — or at least most visited grave marker — is the “Iron Dog.” This statue of a Newfoundland stands guard over the grave of a little girl who died in 1862. 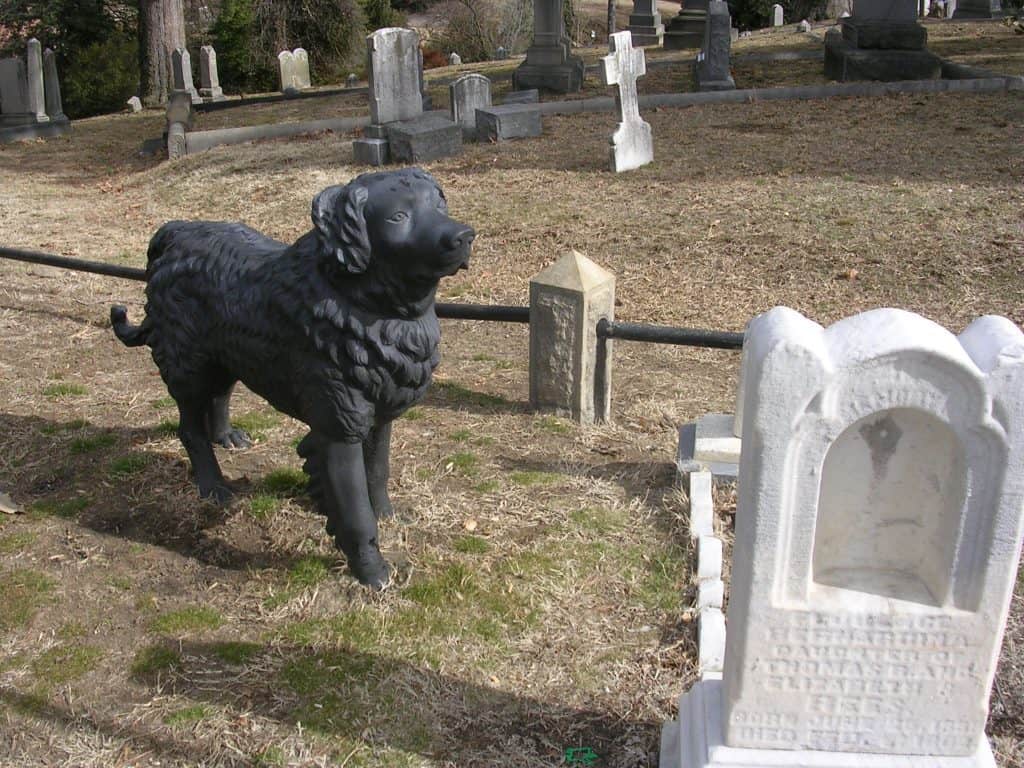 There are many stories about how the Iron Dog came to be in Hollywood Cemetery. The most popular version is that it was moved to keep it from being melted down into bullets during the Civil War. There are also many ghost stories surrounding this memorial.

I couldn’t find the story behind the death of the little girl, except an account that said it was “tragic.” Every tombstone in the cemetery tells part of a story, but the details will perhaps never be known.

(Some day I will write a post on ghost stories surrounding Hollywood. There are a few of them, one of which involves a vampire!)

I happened to find another dog statue while there on my last visit. One can only imagine the story behind this one. It is beautiful! 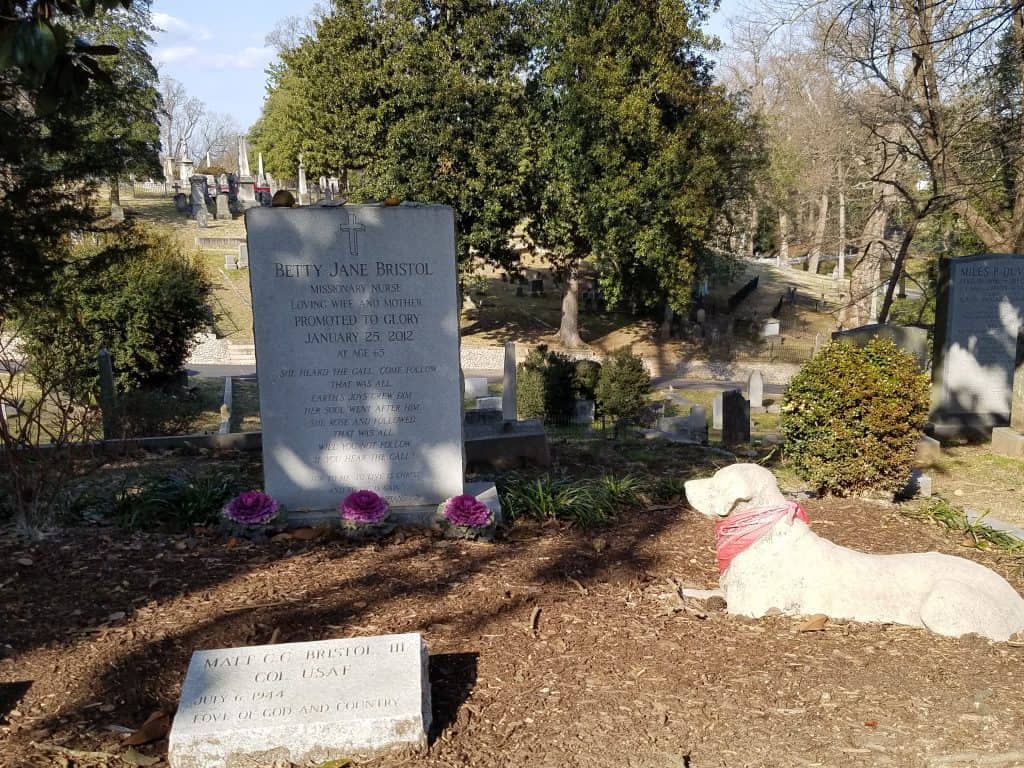 It’s hard to capture the beauty and the serenity of Hollywood in words. I shot a little bit of video from my phone (see below), but it’s hard to do while driving since the roads are very curvy and hilly!

If you visit Hollywood Cemetery, plan on spending some time there. You can drive, walk, or take a tour.

Editor’s Note: Just a few days after my most recent visit to the cemetery, it was heavily vandalized with many irreplaceable monuments destroyed. It is heartbreaking, but not surprising, since the historical monuments throughout Richmond have been permitted to be desecrated, removed, and destroyed in deplorable actions that are condoned — and even encouraged — by officials and politicians. The cemetery is in the process of raising funds to help with restoration. No arrests have been made at this time. 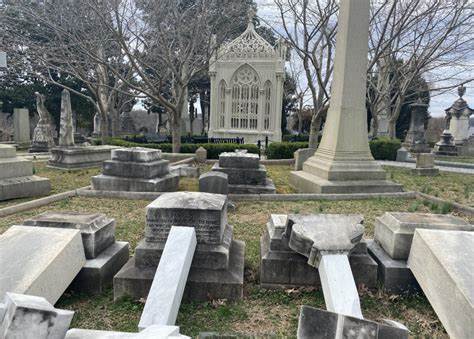