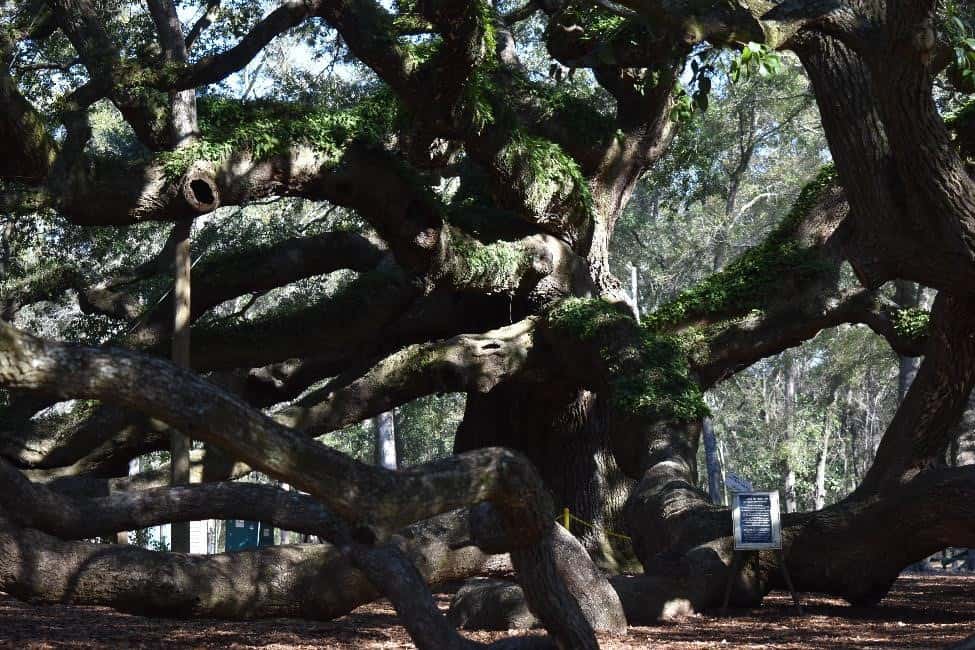 It’s hard to describe The Angel Oak Tree in Charleston, S.C., but I’ll give it a try.

This legendary live oak tree on Johns Island just outside of Charleston, S.C. is truly a must-see destination and should be on everyone’s bucket list for 2023.

This post tells you everything you need to know about the Angel Oak Tree and how to plan your visit to St. Johns Island in South Carolina.

Past Lane Travels contains affiliate links and is a member of the Amazon LLC Associates Program. If you make a purchase using one of these links, I may receive compensation at no extra cost to you. Read my disclaimer for more information.

Why Is The Angel Oak Tree Important?

The Angel Oak Tree has stood for centuries and witnessed the birth of our country, wars, peace, and everything in between.

But there is something special about the Angel Oak Tree that is hard to put into words.

The Angel Oak is so legendary that it is known locally as “The Tree.” This ancient oak is considered a Low Country Treasure and draws an estimated 40,000 visitors each year to witness its natural beauty.

To me, the Angel Oak tree is an intricate and imposing work of art formed by Mother Nature and the hand of God. Over the centuries, The Angel Oak has survived earthquakes, hurricanes, floods, and human interference, so its strength and power are also palpable.

The mysterious and stately Angel Oak is something that can be touched and felt, yet its also a living thing that has withstood the test of time. Standing beneath its spreading limbs, you can’t help but feel a connection with both nature and history. 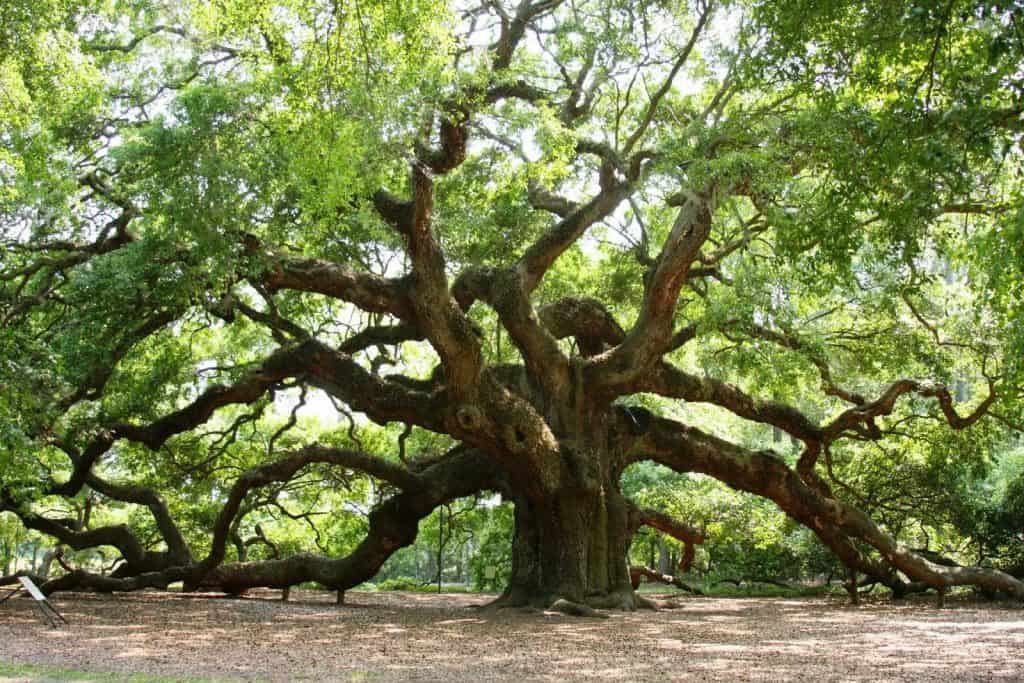 How Old Is The Angel Oak Tree?

Sometimes called the “oldest living thing” east of the Mississippi, the Angel Oak is estimated at between 400 and 500 years old. There are some who say it could be as much as 1500 years old!

The Angel Oak’s huge canopy has shaded generations of people. One can only imagine the number of weddings, religious ceremonies, picnics and meetings that have taken place beneath this tree’s huge canopy.

The Angel Oak Tree is also said to have been a meeting place for Native Americans who lived on Johns Island.

The age of The Angel Oak is part of its impressive history, but the size of the tree is awe-inspiring as well.

This massive live oak is 66 feet high with a circumference of 28 feet. The canopy, dripping with Spanish moss, spreads across more than 17,200 square feet and the most extended branches reaches 187 feet from one end to the other!

As you can see from photos, some of the tree’s branches are so heavy and large that they drop to the ground, something that is only seen among the oldest live oaks. There are supports under some of the most massive branches or wires attached to the tree to help keep the giant limbs from breaking.

In fact, many of the limbs are larger than the tree trunks of over trees!

The size and beauty of the majestic Angel Oak make it a true South Carolina Treasure, and a must-see when visiting Charleston or Johns Island.

Where Did The Angel Oak SC Get Its Name?

Historical records trace the ownership of the tree and the land on which it stands to 1717 when it was given to Abraham Waight as part of a land grant. Mr. Waight, who was an extremely wealthy man, also owned several plantations.

The land the tree stands on was used as part of a marriage settlement between Martha W.T. Angel and Justus Angel. Some say this is where the Angel Oak Tree got its name.

But local folklore also tells stories of ghosts of former slaves appearing as angels around the tree, and that those spirits now protect the tree. (I like this story). 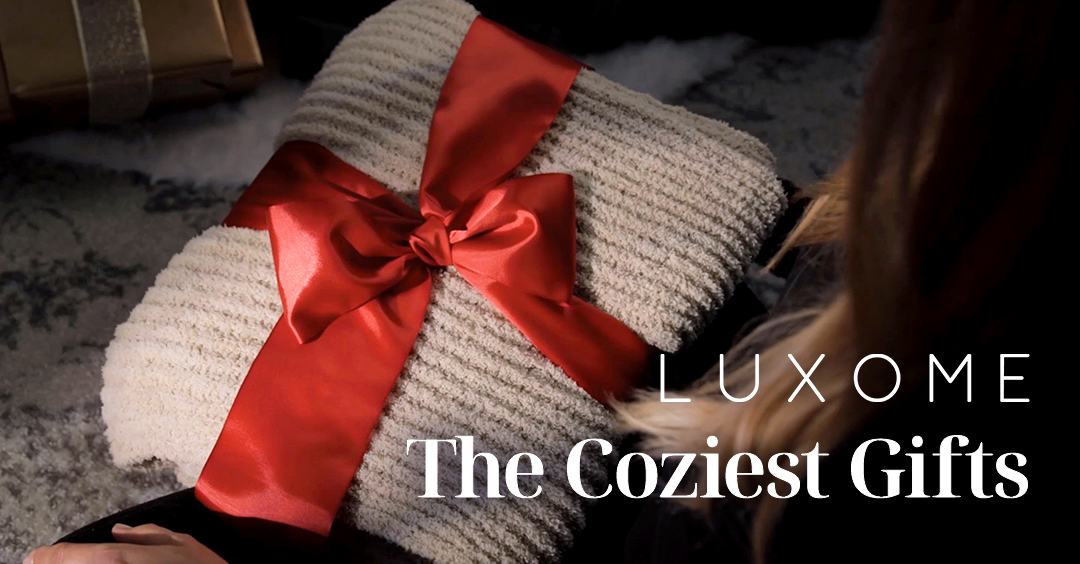 Another Reason Why The Angel Oak Tree Is Important

Let’s look back through time. When the ancient oak was only a sapling, the world’s population was around 208 million, the English had just started exploring the world in ships, and the United States of America wasn’t even close to existing.

Needless to say, world civilization has changed extensively since then, but the Angel Oak Tree remains standing, rooted in history and ready to face the future.

Making the Angel Oak Tree even more special is the energy people feel when being in its presence.  It’s a divine, spiritual energy that is both strong and calming.

There are many legends and stories surrounding the powers of the tree, but it’s interesting to hear the memories of long-time residents of Johns Island who recall a lifetime of special events that took place beneath its protective limbs.

Due to its location near the coast of South Carolina, The Angel Oak has seen its share of storms, floods, and even earthquakes.

Amazingly, the only hurricane to cause the tree damage in recent history was Hurricane Hugo, which made landfall as a category 4 storm near Sullivan’s Island in September of 1989.

The wind speeds were clocked at 140 miles per hour, and the storm surge pushed up the rivers, flooding the lowlands. While many local trees were snapped in half or blown down by the winds, The Angel Oak had minor damage.

The damage caused by this hurricane exceeded $7 billion to property and agriculture.

Ghosts and Legends Of The Angel Oak

In recent years there have been reports of glowing lights and faces around the tree.

In fact, in 2008, a couple who was married under the tree returned a few months later (during a full moon) to celebrate the wedding. They reported seeing glowing human forms gathered around the trunk and some up in the branches.

Another story is told of a man who tried to carve a heart into the bark of the tree, but stopped when he heard noises nearby. His wife told him to put his knife away because she saw a fiery face appear in the branches.

She said she saw another anguished face in the surrounding trees. As they ran back to the road — as the story goes — they looked back to see a group of lighted souls gathered around the trunk.

The area around the tree is believed to be a sacred burial ground and some say that the spirits of Native Americans are the ones protecting the tree.

A local woman who was a descendant of a slave said that the tree also has a type of curse on it. She said there was a legend that the Native Americans in the area had buried their dead beneath the tree and that the spirits that are seen around the Angel Oak are  spirits of their dead.

Whether you believe these ghostly tales or not, you can’t visit the Angel Oak without feeling something sacred and spiritual. To touch the tree is like touching a piece of history.

Despite having lived for centuries and surviving a number of natural disasters, the Angel Oak Tree’s biggest threat in recent times has been by development. 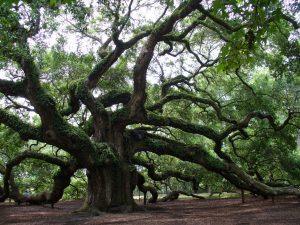 In 2012, developers proposed building a 500-unit apartment complex just 160 yards away from the Angel Oak. Luckily two groups stepped in to stop the proposal which would have encroached on the tree’s root system.

The plan was successfully thwarted thanks to the efforts of area groups, including the Low Country Land Trust, Save the Angel Oak and the Coastal Conservation League.

Can You Take Pictures At The Angle Oak?

You can take photos of The Angel Oak Tree, but cannot use a tri-pod.

Permits are required for weddings and photoshoots and are provided by the City of Charleston Parks and Recreation Department.

When To Visit The Oak Angel Tree Charleston

If you are ever in the Charleston, S.C. area, a visit to Angel Oak Tree is worth the trip. The Angel Oak Tree Park is owned by the City of Charleston, and includes walking trails, as well as historical, cultural, and environmental information.

Admission to the general public is free but donations are gladly accepted to help in the preservation of the tree for future generations to enjoy.

There is a gift shop on site that provides information and retail merchandise including Lowcountry specialty items, such as memorabilia and keepsakes.

Angel Oak Park is close to Charleston, Kiawah and Seabrook Islands, all of which are wonderful places to explore!

This special tree has been recognized as a 2000 Millennium Tree and as the 2004 South Carolina Heritage Tree.

What Kind Of Oak Is The Angel Oak Tree Charleston

The Angel Oak is a Southern live oak, or Quercus virginiana. Live oaks are evergreen so they stay green and alive throughout the winter. They do drop some leaves in the spring but tend to replace them quickly.

Live oaks offer lovely shade. Native to the area along the South Carolina coast (called the Lowcountry), they can live for hundreds of years. Most grow out wide rather than up, but the The Angel Oak tree is so mature that it grows both up and out.

Typically, Live oak branches will grow underground and then come back up and grow outward. Some of Angel Oak’s branches do this as well, giving this special tree a look that is almost otherworldly.

The USS Constitution, which was built of Southern live oak, earned the nickname “Old Ironsides” because cannonballs bounced off its sides. That shows the denseness of the wood of Live oak trees.

How To Get To The Angel Oak Tree Johns Island

Admission to the grounds is free. Don’t forget to check out the Lowcountry treasures and sweetgrass baskets at the gift shop.

It’s a short drive from Charleston, South Carolina, which is reportedly one of America’s most haunted cities.

Things To Do Near Angel Oak Tree

Being so close to Charleston, S.C. means there are lots of things to do near The Angel Oak tree.

My favorite thing to do is tour the old plantations!

Make sure you check out Middleton Place Plantation, home of a signer of the Declaration of Independence, and the home of some of the most beautiful gardens you will ever see.

Another one of my favorite plantations near Charleston is Magnolia Plantation and Gardens. These gardens are also stunning!

While you’re in Charleston, you don’t want to miss the chance to visit historic Fort Sumter. You get a short boat ride and a tour of the fort that played such a pivotal role in the Civil War.

And there’s no better way to see the top sites of Charleston than a horse-drawn carriage ride.

Planning To Stay In Charleston, S.C.?

Harborside at Charleston Harbor Resort and Marina: Sounds expensive but it’s not!

Planters Inn: A luxury hotel in the historic district. Go ahead and splurge for this one!