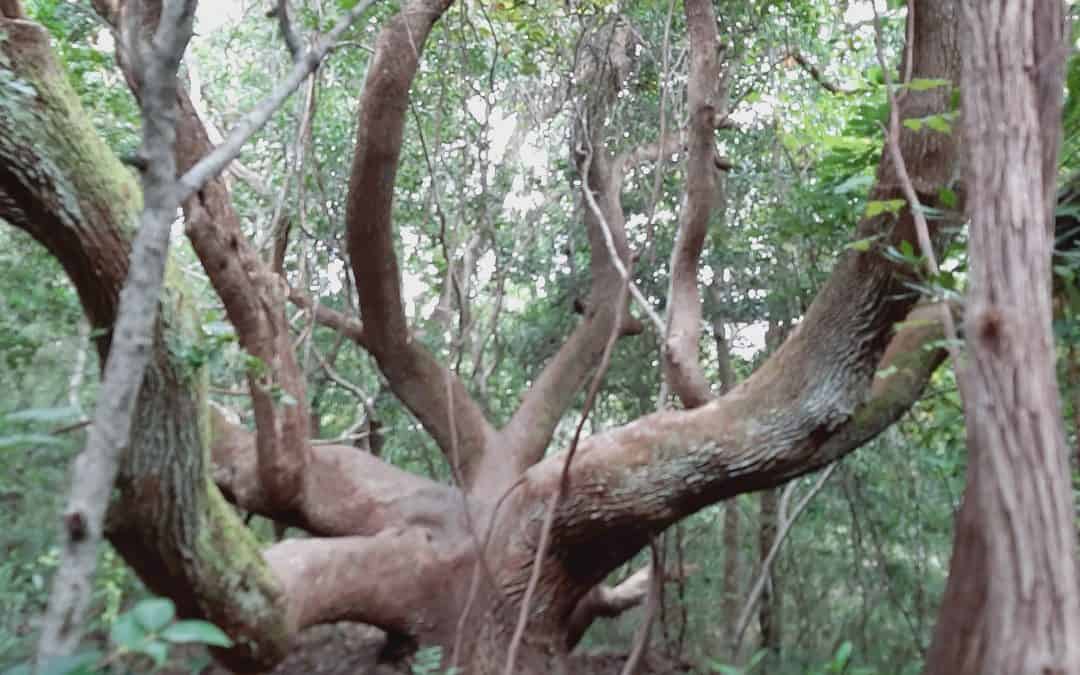 Atlantic Beach on the Crystal Coast of North Carolina has more to offer than just sun, sand and surf. I discovered a grand Live Oak tree on a trail at the Hoop Pole Creek Nature Preserve that is estimated to be more than 300 years old.

Known by locals as the Portrait Tree, it witnessed important Civil War actions that took place on the Crystal Coast of North Carolina.

The walking trail where the tree is located meanders through a patch of natural maritime forest that appears much as it did during the Civil War. It’s hard to imagine how Union forces maneuvered through the vegetation before their siege of nearby Fort Macon.

Known as the “central park” of this resort town, this preserved 31-acre maritime forest is about one percent of the town. Unfortunately, it’s about all that’s left of the natural environment outside the borders of a state park.

This 1.2-mile out-and-back trail near Atlantic Beach, North Carolina is easy walking on a boardwalk and nature path on flat terrain. It takes an average of 21 min to complete — unless your being chased by insects, which you will be, unless you spray yourself with insect repellent.

This trail is worth the effort though — not only for being reminded of the history of the area — but for birding, fishing, and hiking.

The Name Hoop Pole came from a section of bark peeled from a young sapling or pole that was then used to secure the ends of wooden barrels before metal hoops came into use. These poles were gathered from a forest near the place now called Hoop Pole Creek.

It’s unlikely you’ll encounter many other people while exploring. The trail is open year-round and is beautiful to visit anytime, but the wintertime, is probably better as far as the number of insects.

Old Tree Is Witness To History

White reportedly replied, “I have the honor to decline evacuating Fort Macon.”

On March 29, a detachment of the 4th Rhode Island Infantry crossed Bogue Sound from Carolina City and established an outpost camp on Bogue Banks at Hoop Pole Creek, which is about five miles from Fort Macon.

This camp became the base from which Parke conducted his siege. Over the next two weeks a total of 22 companies of Union infantry and artillery crossed over to the camp from Carolina City. 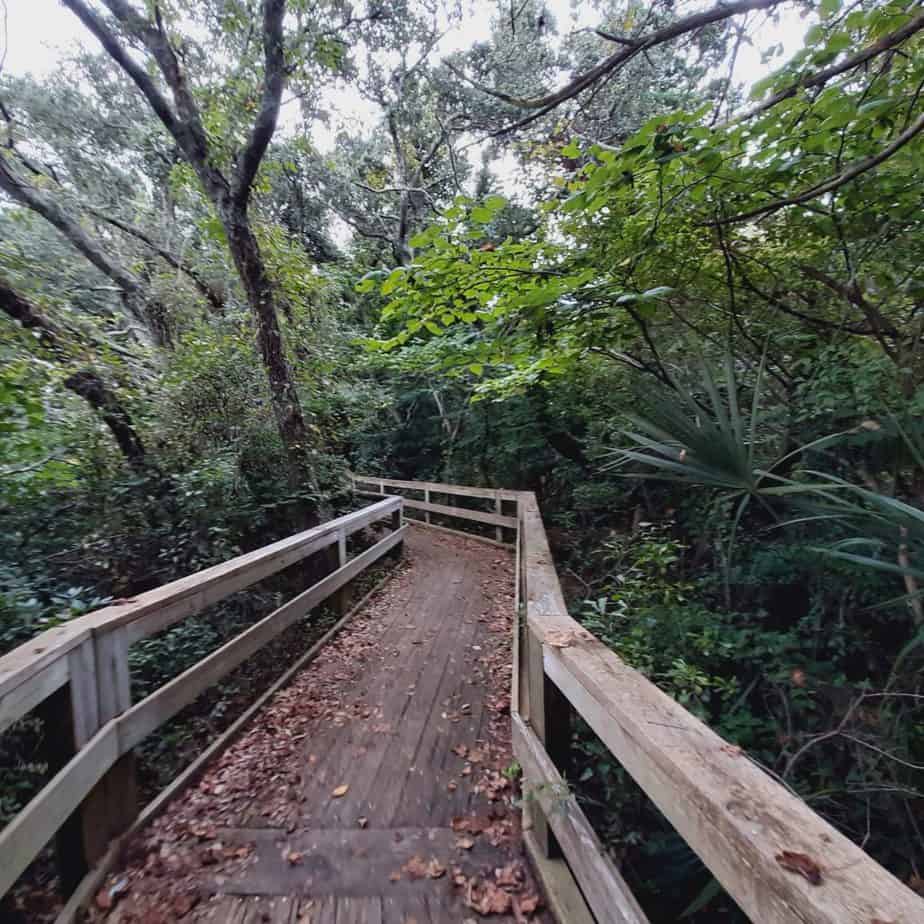 Walkway that leads to the trail at the preserve.

Three batteries of siege cannons and mortars were ferried across the sound to the camp, using old barges, scows and one light-draft stern-wheel steamer. The water was so shallow that Park had to cross his troops and equipment at high tide.

Once unloaded from the vessels, the heavy artillery had to be manhandled through the muddy salt marsh and sand to reach the camp. From Hoop Pole Creek, the artillery was then dragged almost four miles up the beach and set up in artillery emplacements from which to fire on fort Macon.

I can see why it took until April 25 for Parke’s forces to start their bombardment. In addition to the insects that try to eat you alive, the vegetation is heavy, the water is swampy, and the sand is deep. I can only imagine how hot and humid it was as well.

Once the 11-hour bombardment began, the Confederates didn’t last long. They surrendered the following day.

Other Nature Trails On The Crystal Coast

For vacationers who get tired of the beach or the water, the Crystal Coast offers natural areas like Hoop Pole Creek in Atlantic Beach, the Theodore Roosevelt Nature Area at Pine Knoll Shores and Emerald Isle Woods in Emerald Isle.

The nature trail is open for public use during daylight hours. It’s a wonderful place to escape the urban sprawl, and to see the island as it existed long ago. There is a guided nature trail brochure at the trailhead. Be prepared for some bugs in the summer.

Why Is The Angel Oak Special?