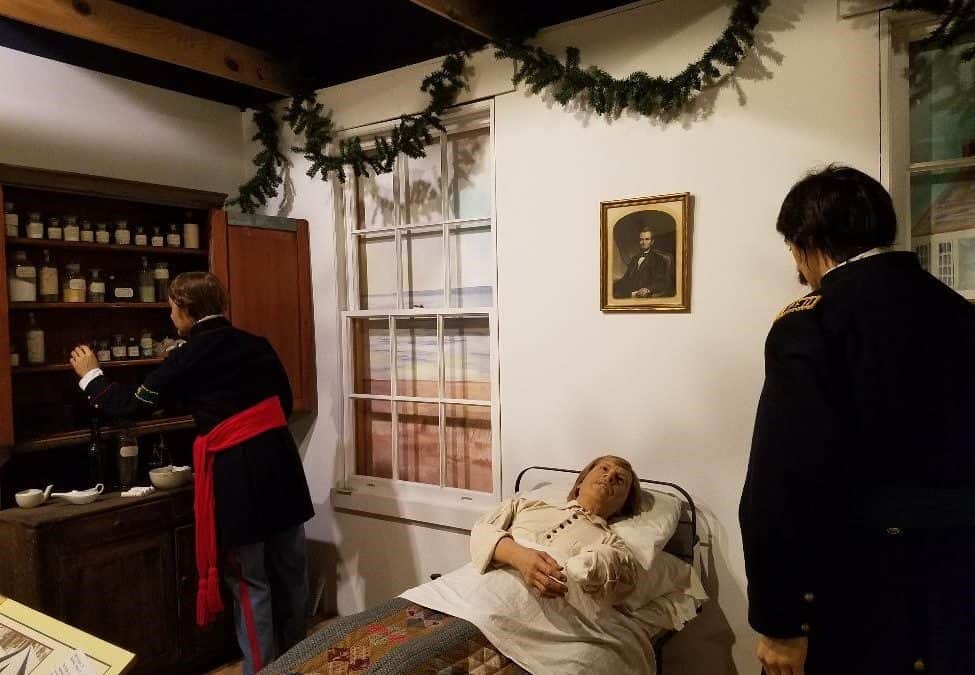 I am lucky to live in Gettysburg, Pa., which is located less than an hour away from a museum that reveals Civil War Medicine Facts that you may have never heard of. As an author of half a dozen Civil War novels, I have studied the Civil War pretty deeply, but a visit to the National Museum of Civil War Medicine in historic Frederick, Md., really opened my eyes.

Interestingly, the building where the museum is located has a historical background itself, though not as a hospital. Rather, it was where doctors embalmed soldiers who died following the battles of South Mountain, Antietam, Gettysburg and Monocacy, before they were buried at nearby Mount Olivet Cemetery or shipped home.

The owner of the building was both a furniture maker and undertaker, which somewhat explains the location.

After the major battles during the Civil War, makeshift hospitals were established in virtually every large structure  — from barns in the surrounding countryside to churches in the downtown area. Following the Battle of Antietam, some 8,000 wounded soldiers recuperated in Frederick, Md., at a time when the town’s population was only 8,000.

It’s hard to imagine, but before the Civil War, there was no such thing as a hospital. Doctors made calls and had offices, but no formal system existed for housing the sick and injured.

Past Lane Travels contains affiliate links. If you make a purchase using one of those links, we may receive compensation at no extra cost to you. We only recommend products and services we use and trust. Read our disclaimer for more information.

Many people don’t realize that the Civil War was a turning point in the history of medicine. One of the most important Civil War Medical Facts is that many of the advancements of our modern medical practices today were initiated during the American Civil War.

Some of the revolutionary new ideas that were discovered during the war include:

Interesting Civil War Medicine Fact: At the beginning of the Civil War, medicine was emerging from the heroic era, which involved a theory of bringing a balance to the humors of the body. There was no knowledge of germ theory or antiseptic practices.

The  Displays At The Museum Of Civil War Medicine

Visitors can follow in the footsteps of soldiers and surgeons to discover the harsh conditions, personal sacrifices, and amazing innovations that continue to save lives today. 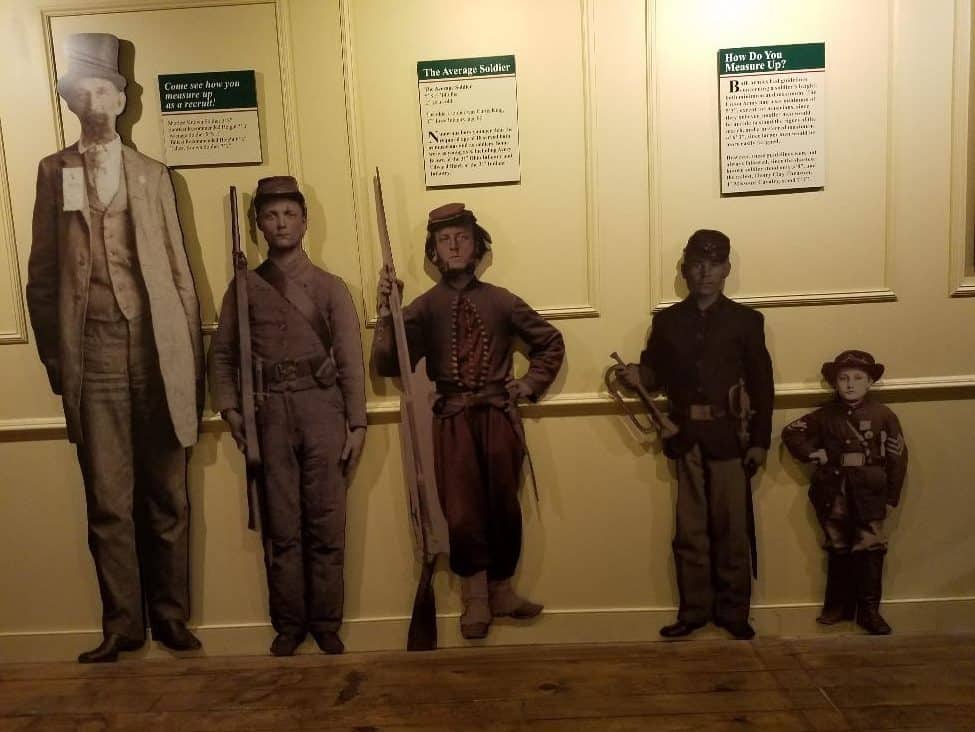 Camp Life During The Civil War 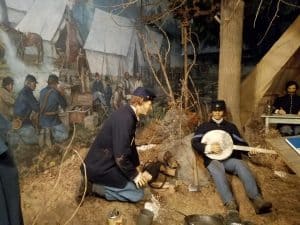 How about this for a Civil War Medicine Fact? Camps are where recruits were sent to become soldiers — and it was one of the most dangerous places to be.

Even healthy recruits became victims of illnesses that were easily spread in camps. In fact, of the 700,000 soldiers who died during the Civil War, two thirds were killed by disease, not bullets.

Dr. Jonathan Letterman, the Medical Director of the Army of the Potomac, created a revolutionary triage system for sorting and treating the wounded based on the severity of their wounds. His system was first used after the battles of South Mountain and Antietam, and is still in use today.

Hard to imagine, but at the beginning of the war there was no established system to transport wounded soldiers from the front lines to the field hospitals in the rear. 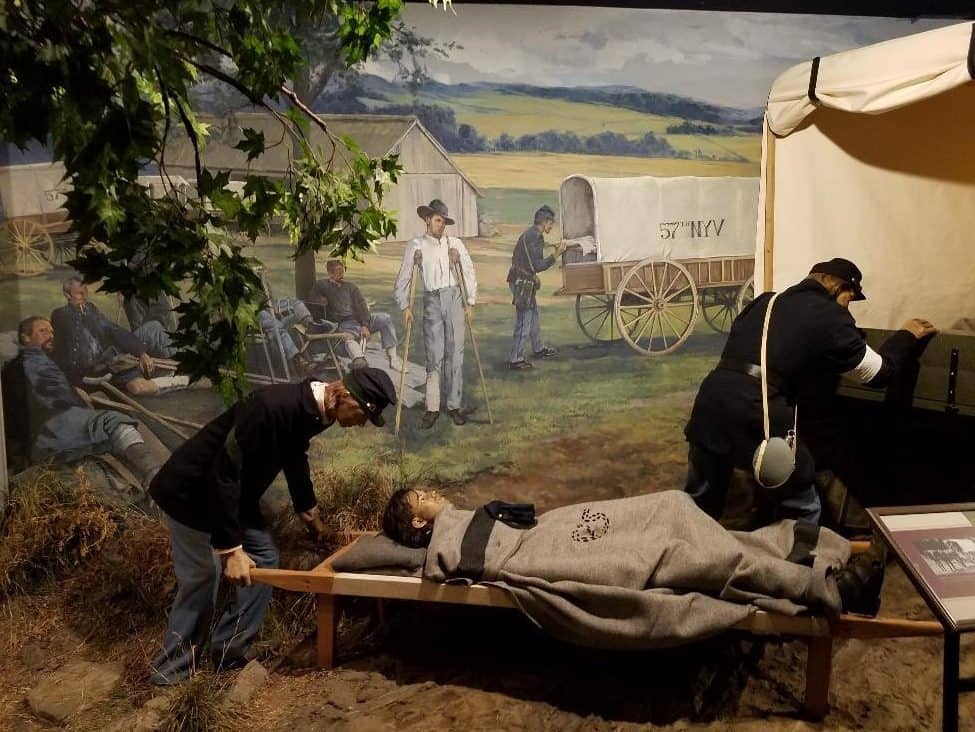 In August of 1862, Dr. Letterman also created a highly organized system of ambulances and trained stretcher bearers designed to evacuate the wounded as quickly as possible. 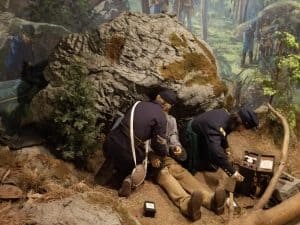 The first level of care received by a wounded soldier was at a field dressing station, located close to the fighting.

Medical personnel bandaged wounds and administered whiskey for shock and morphine for pain. The soldier would then be transported to a field hospital.

It was common for medical personnel from both the North and South to treat the wounded from the other side.

“Humanity teaches us that a wounded and prostrate foe is not then our enemy.” – Jonathan Letterman

Field Hospitals Helped Save Lives During The Civil War 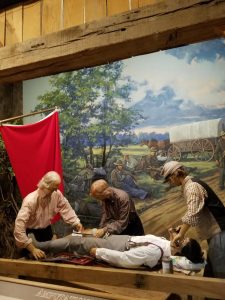 The second level of care was a field hospital, usually located in a barn or tent to the rear of fighting.

This picture is of a typical amputation, 95 percent of which were performed under some sort of anesthesia.

Pavilion Hospitals During The Civil War

Prior to the war, any system of hospitalization was virtually unknown. With the large number of wounded and sick needing long-term care, a network of general hospitals was created. At first existing buildings were used, but soon large pavilion-style hospitals were constructed that were clean, well ventilated, and highly efficient. 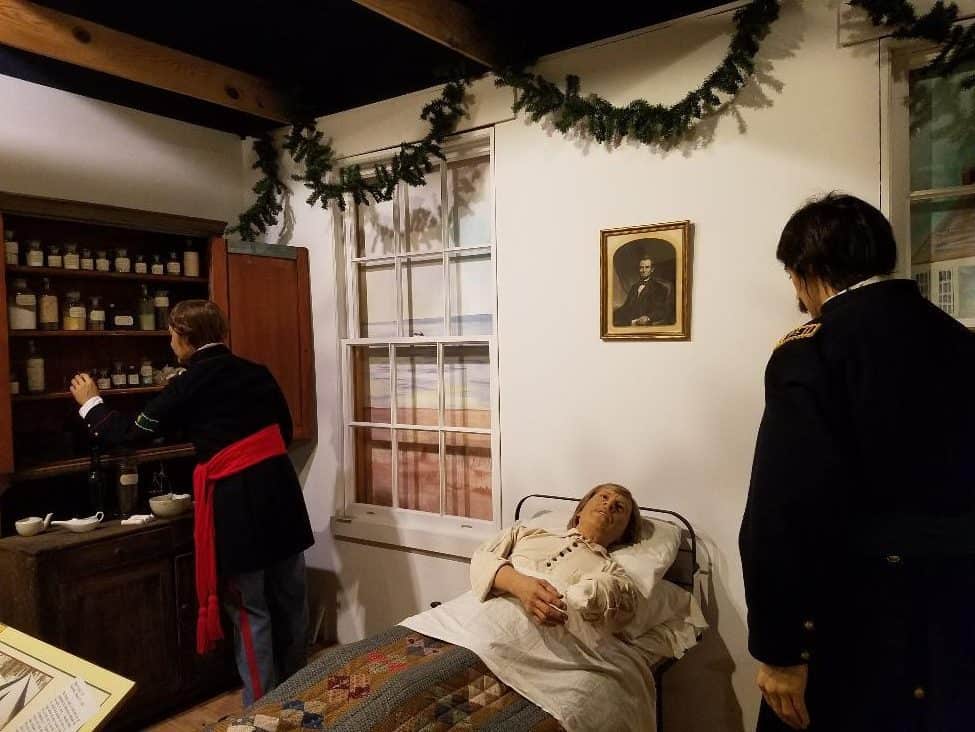 The quality of the care that the patients received improved dramatically after the first months of the war.

The National Museum of Civil War Medicine has plenty of hands-on and interesting displays for kids, providing an entertaining learning experience.

Check out a video of one of the exhibits HERE.

If You Enjoy Visiting Museums, Check Out These Posts: