Inside Lee’s Headquarters In Gettysburg 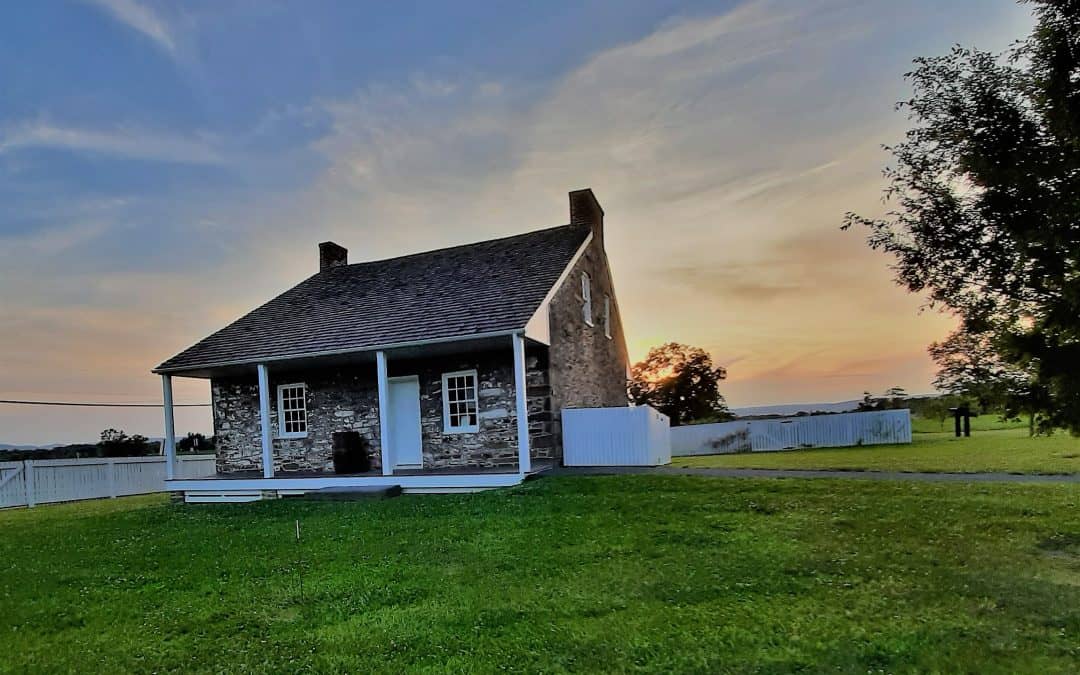 The story behind the small stone house known as Lee’s headquarters in Gettysburg is just one of the many examples of how civilians were impacted during the Civil War.

Amazingly, Mary Thompson, a 70-year-old widow at the time of the Battle of Gettysburg, remained in the house on Seminary Ridge throughout the chaotic conflict that raged around her home.

Here’s the full story and an embedded video of the inside of the private home that Lee used as headquarters in Gettysburg.

The Widows of Gettysburg

Coincidentally, another widow’s house on the other side of Gettysburg was taken over as a headquarters as well.

General George Meade, the commander of the Union Army, chose the home of Lydia Leister, a widow with six children, as his headquarters. 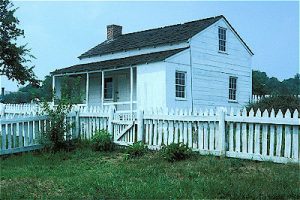 In this case, the widow Leister left her home on Cemetery Hill as the soldiers approached Gettysburg.

Meade held a council of war in her house on July 2 to decide if the army should stay and hold the high ground south of Gettysburg or abandon the position.

The officers decided to stay.

Late in the afternoon of July 3, Confederate batteries opened up on the center of Cemetery Ridge in an attempt to impact the Union position.

As a result, Lydia Leister returned to her home after the battle to find her house severely damaged from bullets and artillery shells, and 17 dead horses in her yard.

In addition, all the hay was gone from her barn and her fence rails had been burned.

The Story Behind The Widow Thompson

One the other side of town lived Anna Marie “Mary” Long, who was born November 12, 1793, near Littlestown, Pa. She married Daniel Sell in 1818 and had three daughters.

When Daniel died suddenly in 1822, she married Joshua Thompson in 1826. With Joshua she had two sons and three more daughters, but things didn’t go smoothly in the marriage.

In 1841, Mary’s oldest daughter Eliza petitioned the Adams County court to have her absentee step-father declared a “habitual drunkard.” Joshua never returned to the home and died around 1850.

By the time the Battle of Gettysburg was fought, the Widow Thompson’s children were grown. One of her sons, James Henry Thompson, lived across the road in a house that still stands.

Interestingly, his wife Mary Jane gave birth to a daughter the day before the Battle of Gettysburg began. It’s hard to imagine the effect of the battle on that household!

Federal soldiers who retreated from McPherson’s Ridge on the first day of the Battle of Gettysburg fell back to a new position on Seminary Ridge—and their line crossed the Widow Thompson’s property on the edge of town.

A private from the 143rd Pennsylvania recalled that their regiment formed by the fence “at the old stone house.”

In heavy and bloody fighting, the artillery fired at units of a North Carolina Brigade, reducing one regiment from 180 men to only 30.

As the battle raged, Mary Thompson remained in her cellar out of harm’s way. But as the afternoon wore on, arriving Confederates from the west and north outnumbered the Union soldiers arriving from the south and east.

The Chambersburg Pike and the railroad bed bordering the Widow Thompson’s property became an avenue of escape for the Union soldiers. Retreating Yankees streamed across her yard, and her fences were destroyed.

Pictures taken after the war show that bullets broke windows and peppered the wooden shutters and stone sides of the house.

Thousands of wounded men from littered the nearby fields an many of them sought refuge in Mary’s home.

This was just the beginning of the Widow Thompson’s Battle of Gettysburg experiences.

Retreat From The Widow Thompson’s House

Although the Union center held near the Widow Thompson’s house, other divisions crumbled. One of the Confederate brigades crashed through the heavy Union artillery fire into the center of the line and forced the Federals to retreat.

The position around the Thompson house ended up being the last to fall, but in the midst of the retreat, but by that time the escape route was cut off by the Confederates, and about 2,000 Union soldiers were captured.

“There was no use in fighting any longer. The enemy had deployed and we were trapped. The town was before us, the enemy on either side and behind us.” –Colonel John Musser, 143rd Pa. Infantry

John Burns, the Gettysburg town constable that had gone out to fight the rebels, collapsed on the cellar door of the home across the turnpike from the Widow Thompson’s house. The veteran of the War of 1812 who is referred to as the “Hero of Gettysburg” had been wounded three time.

This painting by artist John Paul Strain shows the Widow Thompson’s house in Gettysburg and is entitled “Lee’s Headquarters.”

Looking for a landmark that could be easily located by couriers, as well as a position with a clear field of view, Lee’s staff chose the widow’s home.

According to reports, Lee slept in the house the evening of July 1 while waiting for his personal headquarters baggage to arrive.

“The house was within Rebel lines, Occupying an elevated position from which the Federal lines could be seen with a field glass, and being at a safe distance from our guns, it was selected by General Lee and his staff as headquarters. Here he lodged all night and took his meals. – Professor Michael Jacobs, Pennsylvania College 1864.

At the time, some of the doors were removed and used for tables outside, while many of the Confederates cooked meals in the home.

Mary later stated that she “didn’t cook for any Rebel.”

Due to the intensity of the battles on July 2 and 3, Lee spent little time at his official headquarters, yet the tents of his headquarters staff remained there and all incoming messages for General Lee were sent to the Thompson House.

As you can imagine, after the first day of fighting at Gettysburg, many wounded men both sides littered the fields surrounding the Widow Thompson’s house.

Because of proximity of the house to the heaviest fighting of the day, the soldiers were treated in the house.

Mary Thompson remained at home throughout the battle and cared for the wounded men. It’s reported that she used all of her clothes and bedding for dressings for the wounded, and wrapped the dead in carpets.

Like the Widow Leister, Mary Thompson was left with little more than an empty stone house and fenceless yard after the Battle of Gettysburg.

The Widow Thompson’s house was still not in the clear after the first day of fighting.

Early on July 2, Confederate batteries were placed near the Thompson House along Seminary Ridge, and opened fire at 4 o’clock.

The bombardment continued until dark.

On July 3, the area around the Thompson House was once again a center of activity as two batteries were taken from their positions and moved south down Hagerstown Road to support the Confederate attack (Pickett’s Charge) that afternoon.

“On every side the passion, rage and frenzy of fearless men or reckless boys devoted to slaughter or doomed to death! The same sun that a day before had been shining to cure the wheat-sheaves of the harvest of peace, now glared to pierce the gray pall of battle’s powder smoke or to bloat the corpses of battle’s victims.” – Augustus Buell, “The Cannoneer” 1890

Lee’s Headquarters After The Battle Of Gettysburg 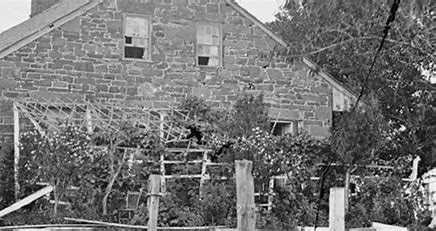 General Lee’s headquarters after the Battle of Gettysburg.

After the three-day Battle, thousands of visitors poured into the small town of Gettysburg and General Lee’s headquarters was one of the many sites that gained attention.

Perhaps Mary Thompson was uncomfortable with the spotlight, because she left Gettysburg for a short period. After she returned, she lived in the house until her death in 1873.

The house has made history a number of times, including in 1907, when the longtime tenant of the home, Emma Feister, was arrested for “keeping a bawdy house.”

In 1833, Gettysburg businessman Michael Clarkson purchased a tract of land along the Chambersburg Pike. Clarkson built the stone house that 30 years later would become the headquarters of Gen. Robert E. Lee.

Clarkson then rented the house to Joshua Thompson, his wife Mary, and their eight children. Unfortunately, Joshua, the “habitual drunkard” left Gettysburg and died sometime before 1850, leaving Mary to raise their children alone.

When financial trouble hit Clarkson, his properties—including the Thompson House were put up for auction in 1846.

Fortunately he had a good friend named Thaddeus Stevens, who acquired the house “in trust” for $16. Stevens had made a contract with Joshua Thompson before Joshua died to ensure the welfare of Mary and her children. 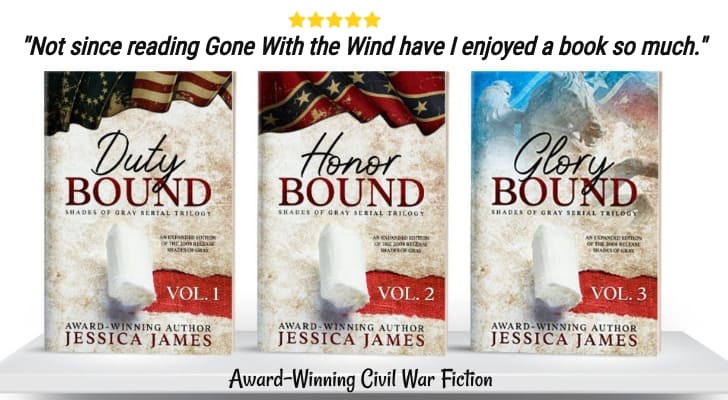 In 1868, Phillip Hennig purchased the Widow Thompson’s home from the Stevens estate. After fire destroyed the interior in 1896, Hennig rebuilt the house to “preserve a battlefield relic.”

When he died, ownership passed to Clyde Daley who opened a small museum and a curio and souvenir shop. He also built cabins for tourists.

In 1945, Eric Larson bought the famous property as well as the neighboring properties and built Larson’s Cottage Court, a hotel structure and restaurant.

His sons owned the property until 1995, when they sold it to a partnership that operated a Quality Inn. In 2014, the American Trust purchased the land and restored it and the structures to its 1863 appearance. 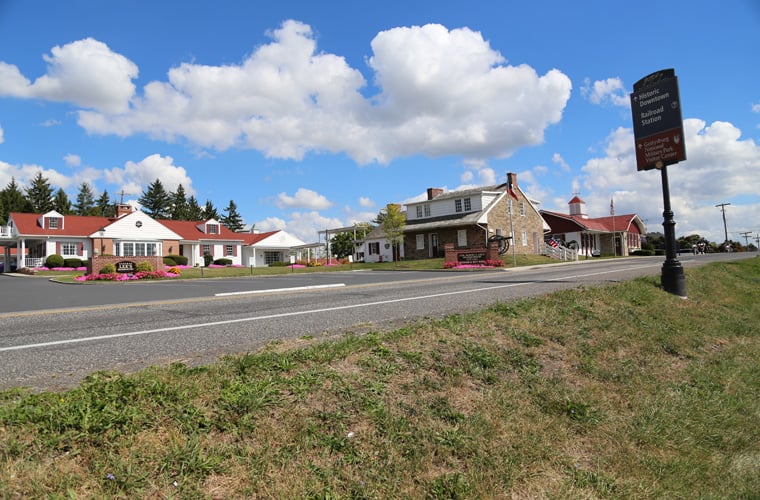 The hotel and other commercial establishments that sprang up beside Lee’s headquarters in Gettysburg before it was returned to its Civil War appearance.

Watch A Time Lapse Of Lee’s Headquarters Restoration HERE. (This is worth watching!)

Even though the Thompson house has been consistently referred to in first-hand accounts as Lee’s headquarters, and it was in the center of fierce fighting on July 1, the house remained in private hands for more than 100 years after the battle.

Generations of Gettysburg visitors probably remember Lee’s Headquarters as being located along Route 30 along with the Larson’s Quality Inn Hotel and a restaurant.

In 1921, the house was converted into General Lee’s Headquarters Museum and remained privately owned until 2015.

That all changed when the American Battlefield Trust purchased a portion of land on Seminary Ridge that included Lee’s headquarters, a motel, a brewery, and a restaurant.

The American Battlefield Trust has restored the Thompson property to its 1863 appearance by tearing down numerous modern-day buildings and restoring the house used by Lee during the Battle of Gettysburg. 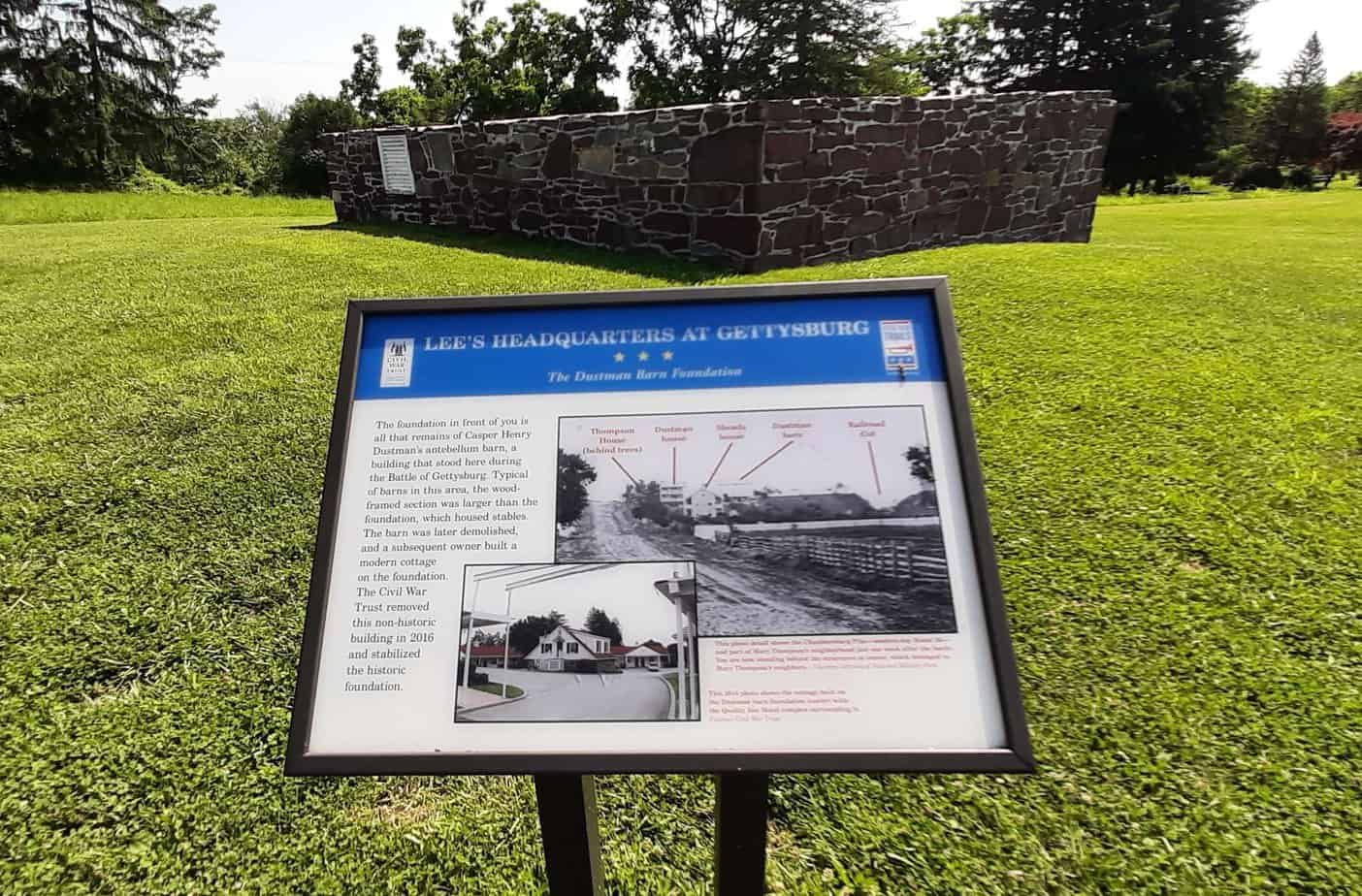 An interpretive sign at Lee’s headquarters in Gettysburg showing the foundation of the Widow Thompson’s neighbor’s house.

Take A Look Inside Lee’s Headquarters

Located on the Chambersburg Pike on top of Seminary Ridge, Lee’s headquarters in Gettysburg is comprised of a four-acre property.

The headquarters site now has a self-guided interpretive trail that includes five signs explaining the events that occurred from July 1-3, 1863.

The house used as Lee’s headquarters in Gettysburg has been restored to its wartime appearance and is open to the public on special occasions.

If you’re planning to visit Gettysburg, you can find information about the Battlefield on an app HERE.

Want To Know More About Visiting The Gettysburg Battlefield?

The Daniel Lady Farm In Gettysburg

Romantic Things To Do In Gettysburg