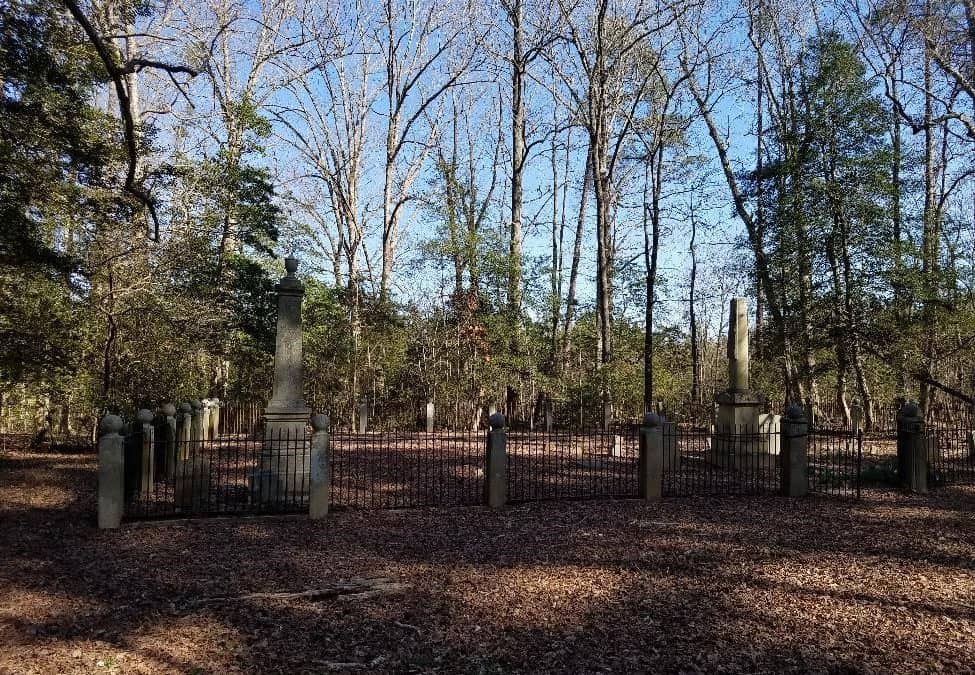 I love discovering new tidbits about Southern heritage, but I don’t think I expected to stumble across such a poignant and tragic family tale in an old forgotten cemetery.

As an author of historical fiction, I’ve read plenty of stories of misfortune and heartbreak during the Civil War. They are touching, tragic—and seemingly endless.

But for some reason, one family’s wartime journey stood out to me. The story of their pain—and their loss—eventually led me to a small family cemetery in rural North Carolina.

But I’m getting ahead of myself. That is the end of the story—not the beginning.

Patriarch With A True Southern Heritage

The story begins in Virginia where a young couple—childhood friends—said their nuptials in the parlor of an elegant home. The marriage produced seven children, six of them born in the room adjoining their bedroom. Although the Father was a professional soldier all of his life, he was still, by all accounts, a doting dad to his three sons and four daughters, teaching them how to ride, sled, skate, and even to swim.

He was also a storyteller who liked to be tickled. It is said that he would tease his children by telling them, “No tickling, no stories,” which no doubt led to quite a raucous and unruly story hour!

On a more serious note, this Father took the time to show his children step-by-step solutions to their schoolwork, giving them lasting memories about how to solve even the most difficult problems and instilling in them stories of their Southern heritage.

One of his sons recalled in later years that, even under difficult circumstances, Father was “always cheery and had a bright smile.” 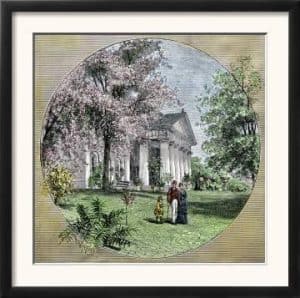 The children grew up playing amid jasmine, lilac and honeysuckle, their playground was comprised of sweeping woods, rolling meadows, and boundless orchards. When their Father was away, he would write to them of cats and dogs and horses he had met or taken with him, ending always with reminders of how he prayed for and loved them.

In one such letter he wrote to his daughter: I am sorry, very sorry, you have been sick. What can I do to make you well? Tell your papa and he will endeavor to accomplish it.

All of the girls were tutored at home before attending female academies. When at home, they followed their mother’s lead in teaching slaves to read, despite the fact that it was against Virginia law to do so.

Advocating the idea of eventual emancipation, the Mother wanted to ensure that all enslaved people would be able to care for themselves when freed.

The Father’s military obligations kept him away a good deal, but he apparently thought of his daughters often, reminding his wife in one letter, They must not go in the sun without their bonnets.

Eventually the children turned into adults, and the sons got married—all but the youngest, that is. As a result, his Father began seeking a match for the young man, asking friends to find a suitable lady “to take compassion on a poor bachelor.”

He did not feel the same way about his daughters getting married. He wrote to his eldest, Experience will teach you, that notwithstanding all appearances to the contrary, you will never receive such a love as is felt for you by your father and mother.

When one of his daughters attended the wedding of a friend, he hinted about his unwillingness to let her go, saying, I hope that this is the last wedding you will attend. 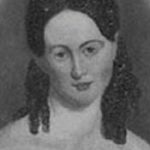 The daughters were very close to their parents and to each other—especially the two middle sisters who were born less than two years apart. Anne (Annie) and Eleanor (Agnes or Wiggy) shared a bedroom, toys, and numerous adventures. A cousin said they were like “twin roses with one stem.” Their parents simply called them “the Girls.”

The Father was especially close to his youngest daughter, Mildred, born five years after Eleanor. He called her Precious Life, and later, just Life. 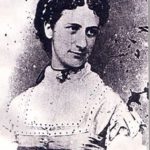 Tue to their Southern heritage, when the War came, the sons joined their Father in the service. The girls stayed on the move, relocating from house to house in an effort to avoid the raging conflict.

They ended up in Richmond, but by this time, the Mother was confined to a wheelchair from rheumatoid arthritis, making the travels even more difficult and grueling.

Despite the raging Civil War, the Father’s letters to his family continued. On Christmas Day in 1861, he wrote to his eldest daughter, Mary:

Having distributed such poor Christmas gifts as I had to those around me, I have been looking for something for you. Trifles even are hard to get in these war times, and you must not therefore expect more. I have sent you what I thought most useful in your separation from me and hope it will be of some service.

But see how God provides for our pleasure in every way. To compensate for such “trash,” I send you some sweet violets that I gathered for you this morning while covered with dense white frost, whose crystals glittered in the bright sun like diamonds, and formed a brooch of great beauty and sweetness which could not be fabricated by the expenditure of a world of money.

May God guard and preserve you for me, my dear daughter! Among the calamities of war, the hardest to bear, perhaps, is the separation of families and friends.

I pray for a better spirit and that the hearts of our enemies may be changed. In your homeless condition I hope you make yourself contented and useful. Occupy yourself in aiding those more helpless than yourself. Think always of your father.

The War—and the family’s separation—continued into the following year. In March of 1862, the Father wrote to Annie:

My Precious Annie: It has been a long time since I have written to you, but you have been constantly in my thoughts. I think of you all, separately and collectively, in the busy hours of the day and the silent hours of the night, and the recollection of each and every one whiles away the long night in which my anxious thoughts drive away sleep.

In August of 1862, Annie and Agnes were at a springs retreat in Virginia when Annie contracted typhoid fever. The sisters moved south to Jones Springs, N.C., in hopes of finding a healthier environment, yet Annie’s headaches, dizziness, and intestinal troubles intensified.

Annie’s Mother, who was in a nearby town for the burial of one of the couple’s grandsons, arrived to be with her daughter. When Annie grew worse and slipped into a coma, Agnes climbed into bed with her to try and keep her body warm. On the morning of October 20, 1862, Annie died with her mother holding her hands.

Of course, the tragic passing had to be carried to the Father, and soon it was. A staff officer said he found the man crying as he read the letter telling the devastating news. He then wrote to his wife, “To know that I shall never see her again on earth, that her place in our circle which I always hoped one day to rejoin is forever vacant, is agonizing in the extreme.”

Agnes was hit hard too, and wanted to take Annie’s remains to Richmond for burial so she could visit her grave. But because of the war raging around them, the Mother decided to bury Annie near where she died. The Jones family offered a plot in their cemetery, and the Mother gratefully accepted the proposal to lay her daughter to rest in North Carolina.

The War at last ended, and in 1866, a group of local ladies honored her Southern heritage by erecting an obelisk in Annie’s memory at her gravesite. It stands at the corner of the small family cemetery, seeming to fit in and yet towering over the other tombstones to mark the spot of a beloved family member who was taken too soon.

It was not until the Spring of 1870 that the Father requested protracted leave from his duties to go on a trip. With failing health, he took Agnes with him, writing to a friend, “or perhaps she will take me.”

Their first stop was Warrenton, N.C., to visit Annie’s gravesite. It was the Father’s first visit to the place where his daughter had died more than seven years earlier. Agnes piled white hyacinths where her sister lay.

The Father then wrote to his wife: My visit to dear Annie’s grave was mournful yet soothing to my feelings, and I was glad to have the opportunity of thanking the kind friends for their care of her while living and their attention to her since her death.

Six months later the Father sat listening to Mildred play the “Funeral March” on the piano. “Life, that is a doleful piece,” he smilingly said. That night Mildred and Agnes rubbed his hands, wiped off perspiration, and tried to get him to take medicines. He declined to do so, saying, “It is of no use.” In two weeks he was dead.

Three years later, in 1873, long ill with a debilitating intestinal disorder, Agnes was gone. She was thirty-two.

Within a month the Mother also was dead. Mildred was then twenty-seven but it is said, she looked far older, her face lined and hair gray. People could barely recognize Precious Life, her father’s darling.

As a side note, Mildred had many suiters after the war, but she never married. She said of her Father, “To me, he seems a Hero—and all other men small in comparison.”

The stories of this Father’s sons are no less tragic, but it is “Gentle Annie’s” journey that drew me to her gravesite outside Warrenton, N.C. The cemetery is no longer in an open field as it was back then. It is hidden within the depths of a woods, a location so peaceful and serene, it is hard to imagine all the tears and grief suffered there over the years.

Though the cemetery itself is obscure, the plain shaft of native granite that marks the grave of this beloved daughter is easy to spot in the small family plot. 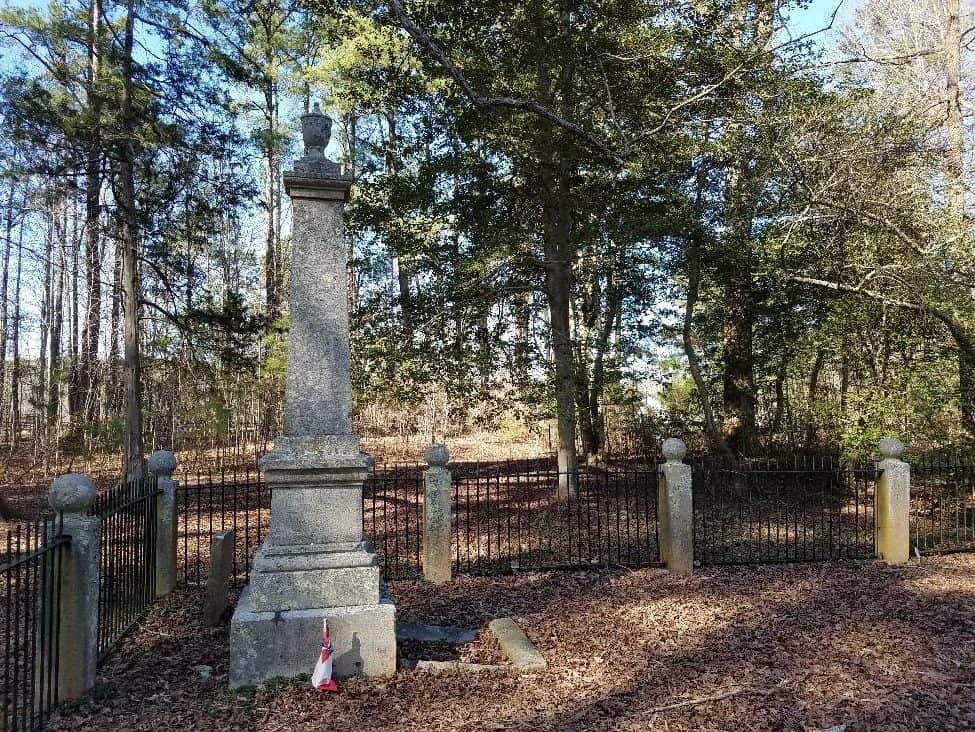 On one side is cut in the stone: 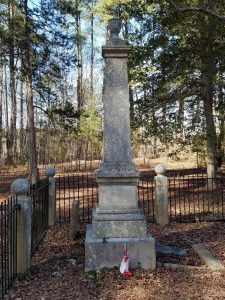 On the opposite side:

And on another side are the lines selected by her father, General Robert E. Lee:

“Perfect and true are all His ways whom heaven adores and earth obeys.”

Perhaps the saddest part of this story is what has since taken place. 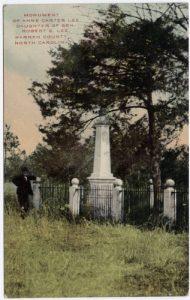 Annie’s 11-foot granite stone, which was carved by a Confederate veteran, has been scraped and hammered—and even toppled in 1993 with the use of a truck by those who are against remembrance of Southern heritage.

Additionally, the state historical marker placed alongside a highway near the cemetery was broken off and thrown in a roadside ditch. (It has since been re-set).

For that reason, Lee family descendants made the decision in 1994 to exhume poor Annie’s remains and move her to Lexington, Virginia, to rest with her family in the Lee Chapel.

It’s kind of ironic that even during the Civil War, when violence and turbulence raged, certain aspects of a civilized society remained firmly established—like respecting the final resting place of our sacred dead.

Hopefully this loving family can now rest in peace. 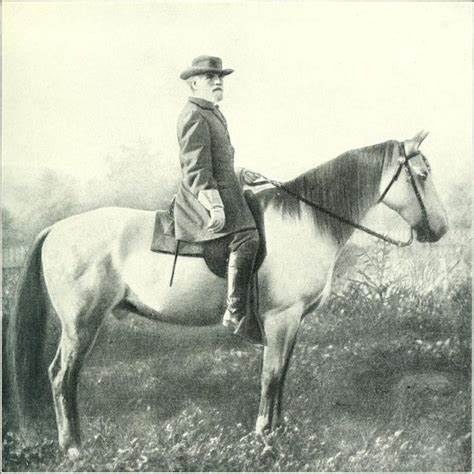 The cemetery where Annie is buried is located near Warrenton, North Carolina.