Small town with a famous mill 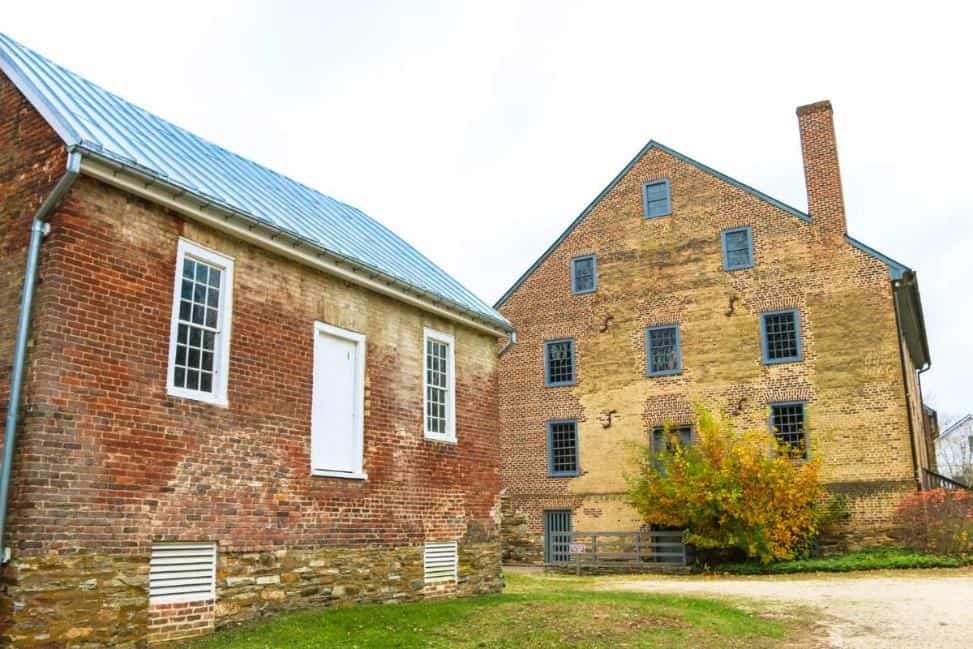 Aldie Mill continues to grind on

I put the Aldie mill in the category of small towns because it is the focal point of the village of Aldie. Built between 1807 and 1809, the gristmill was once the largest factory of its kind in Loudoun County, Va. Amazingly enough, the mill’s tandem metal waterwheels are still fully operational, making it possible for visitors to watch live grinding demonstrations. 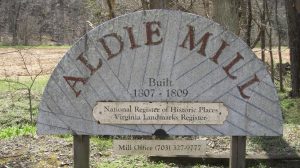 For much of the Civil War, residents of Loudoun County found themselves  caught in the grip of a destructive back-and-forth, as opposing armies tramped over their roads, camped in their fields, and fought battles and skirmishes around their small farms and sprawling plantations.

My interest in Aldie stems from my interest in all things Mosby (Col. John Singleton Mosby). He was the foundation for the main character in my first novel Shades of Gray, and I spent many hours following in his footsteps and tramping through the fields of Virginia.

On the morning of March 2, 1863, a Union cavalry patrol that was part of an expedition to capture the Gray Ghost (Mosby) rode through the village. The Union troops were hoping to find Mosby in Middleburg because there were rumors that his headquarters were located somewhere in the town. 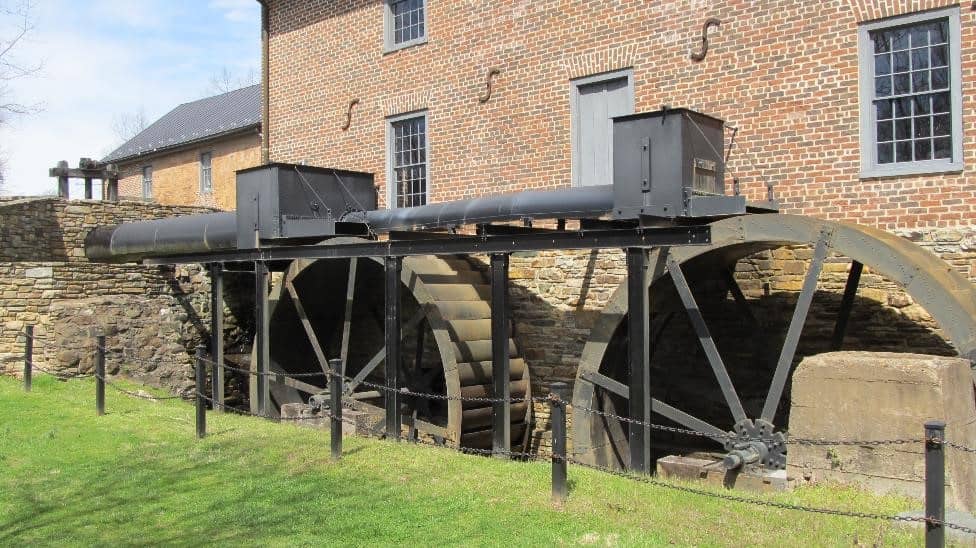 They found no sign of the Gray Ghost in Middleburg, but they quickly captured a few of his Rangers and several barrels of whiskey, which they promptly consumed. The Yankees then left Middleburg and passed once again through Aldie, where members of the 1st Vermont Cavalry dismounted and lounged around the mill yard, watering and resting their horses.

Unaware of what lay ahead, Mosby entered the tiny village from the west after meeting with his men at Rector’s Crossroads (Atoka). His Rangers were strung out behind him along the dusty turnpike, but he noticed a few dawdling Yankee cavalrymen in the roadway. Without waiting for his men to catch up, he yelled Charge, and spurred his horse toward the surprised Union troopers.

When the cavalrymen in the road looked up and saw the notorious Gray Ghost pounding down the turnpike in their direction, they quickly scattered. Some of them rushed to their horses and swung themselves into their saddles, hoping to get across the stone bridge that crossed the nearby Little River as quickly as possible. Other troopers simply dashed pell-mell inside the mill. 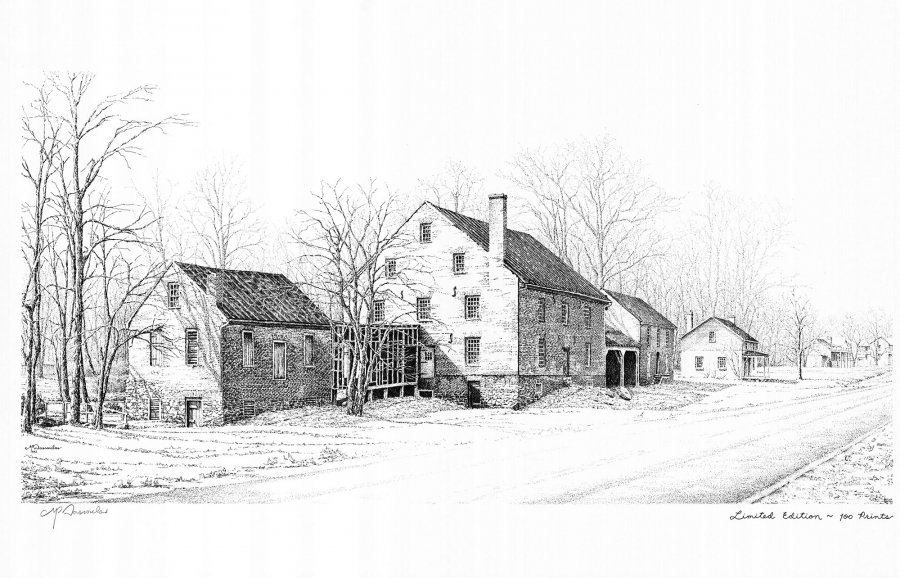 Mosby continued to gallop down the pike toward the stone bridge but not because he wanted to. His horse was suddenly out of control and he couldn’t get it to stop. As he later wrote:

Just then I saw two cavalrymen in blue on the pike. No others were visible, so with my squad I started at a gallop to capture them. But when we got halfway down the hill we discovered a considerable body—it turned out to be a squadron of cavalry that had dismounted. Their horses were hitched to a fence, and they were feeding at a mill. I tried to stop, but my horse…ran at full speed, entirely beyond my control. But the [Union] cavalry at the mill were taken absolutely by surprise by the irruption; their videttes had not fired, and they were as much shocked as if we had dropped from the sky. They never waited to see how many of us there were. A panic seized them. Without stopping to bridle their horses or to fight on foot, they scattered in all directions. Some hid in the mill; others ran to Bull Run Mountain near by. Just as we got to the mill, I saw another body of cavalry ahead of me on the pike, gazing in bewildered astonishment at the sight. To save myself, I jumped off my horse and my men stopped, but fortunately the mounted party in front of me saw those I had left behind coming to my relief, so they wheeled and started full speed down the pike.

Mosby’s men began rounding up the Union soldiers at the mill. Some of troopers attempted to hide in the flour bins on the second floor; others jumped into the grain hoppers and came close, as Mosby later wrote, to “being ground up into flour.”

His men, he reported, had “a great deal of fun pulling the Vermont boys out of flour bins.” When the Rangers got them out of the bins, said Mosby, “there was nothing blue about them.” The first Yankee prisoner his men brought out of the mill “was so caked in flour” that Mosby thought his Rangers had inadvertently captured the miller. 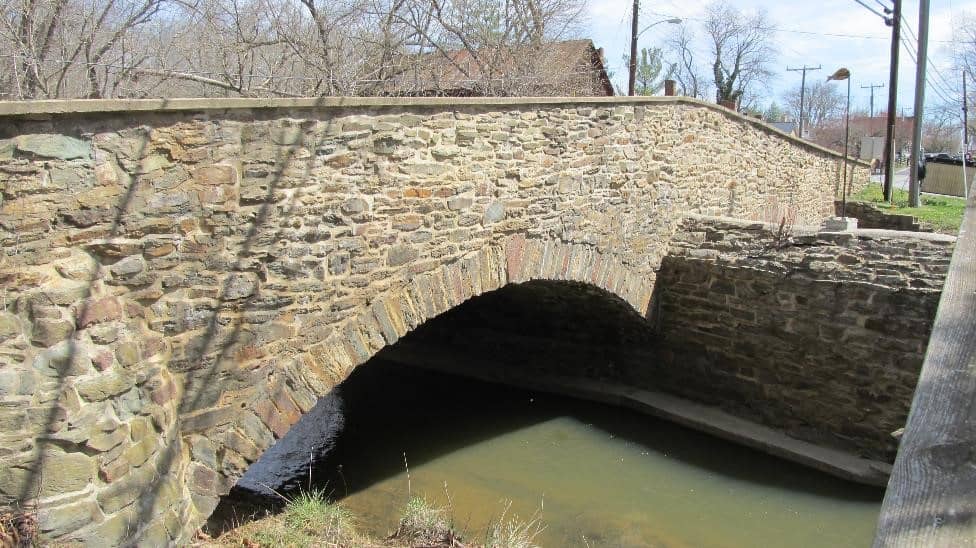 The stone bridge in Aldie that Mosby’s runaway horse almost crossed. The road running over it is Rt. 50 and was called the John Mosby Highway until recently. The name had to be dropped to appease those who are intent on erasing American history.

In addition to Colonel Mosby, another prominent 19th-century visitor to the mill was President James Monroe, who had his grain ground there while living at neighboring Oak Hill.

Descendants of Captain John Moore, the miller to whom the original owner sold the property in 1835, operated the mill continuously for six generations until it closed in 1971. Aldie Mill survives today as one of the best preserved historic mills in the state and is Virginia’s only known mill powered by twin overshot wheels.

The mill is open on weekends from April through November. Find out more HERE.