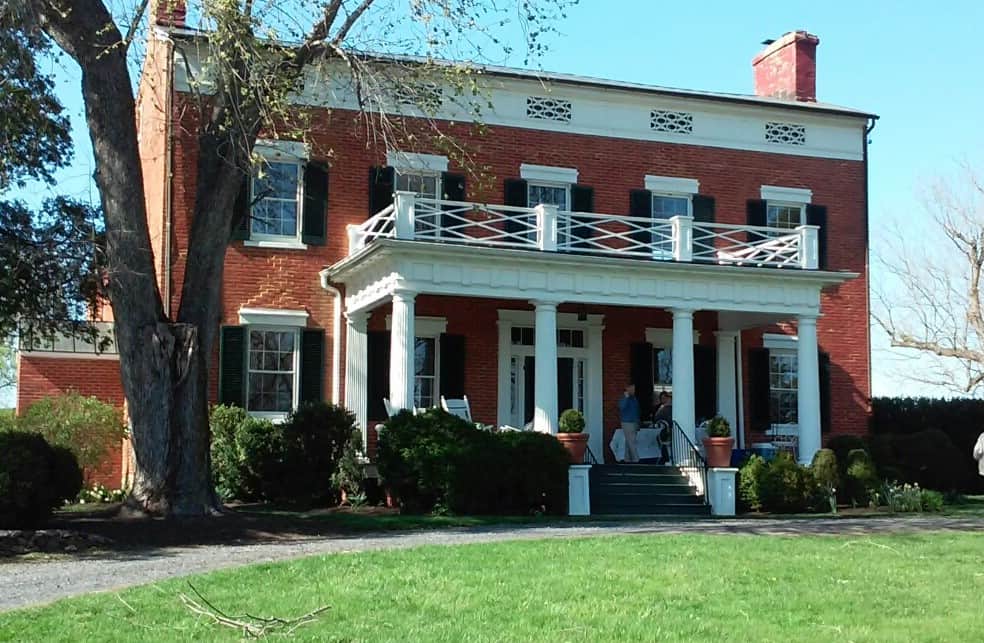 Getting the opportunity to visit a Mosby Ranger safe house is a dream come true for anyone who is interested in the history of northern Virginia and the Civil War. It always amazes me how we drive by houses every day without knowing the history that took place within their walls.

Past Lane Travels contains affiliate links and is a member of the Amazon LLC Associates Program. If you make a purchase using one of these Amazon links, I may receive compensation at no extra cost to you. Read my disclaimer for more information.

I had the opportunity to spend a beautiful April day in Mosby’s Confederacy at a house that was once the family home of one of Mosby’s Rangers: Major Adolphus “Dolly” Richards.

I always take for granted that everyone knows who John Mosby is because he was the real-life Civil War soldier on which I based the main character of my Civil War novel Shades of Gray.

Known as the “Gray Ghost,” he commanded the 43rd Virginia Cavalry, and was known for his lightning-quick raids and ability to elude his Yankee pursuers. In one of his best known raids, Mosby and his Rangers snuck into a Union-held town (Fairfax Courthouse), and captured a Union general from his bed.

The book that spurred my interest in Mosby was Gray Ghosts and Rebel Raiders by Virgil Carrington Jones, in case you’re interested in reading more.

For a little background on Dolly Richards, he joined Co. B of John Singleton Mosby’s Partisan Rangers as a private. He was promoted to 1st lieutenant in Co. C on Dec. 7, 1863, and became a captain in April of 1864. He was promoted to major on Dec. 7 1864, for “valor and bravery.”

A unique aspect of Mosby’s military strategy is that he never had a “headquarters.” Instead, he requested that patriotic Virginians board his men in their houses.

At a time when most of their men folk were away in the Confederate Army, having young Rangers in the household was a distinct blessing. (And to the teenage girls of these households, it also meant a considerable improvement in their social lives).

Yet there was great risk in hiding Mosby’s men. Harboring “partisan guerillas” was more than enough legal cause to have homeowners arrested by federal troops. Houses in “Mosby’s Confederacy” were searched again and again as the war dragged on.

Green Garden was the home of Dolly’s father Jesse. In one particular incident, the Yankees surrounded the house in search of Dolly and his brother, who they had been told by a deserter resided there. Their father denied the accusation and was brutally beaten by the Yankees after they found some clothing belonging to the known Mosby Ranger.

Imagine the terror you would feel at waking up to the sound of loud banging—and then looking out the window to see the enemy surrounding the house.

Such was the sight that Dolly Richards and his comrades Captain Walker and Private Hipkins faced at one o’clock in the morning on a bright moonlit night in February of 1865. They latter wrote that the blue uniforms of the enemy troops filling the yard at Green Garden contrasted against the white snow that lay on the ground.

On other occasions when the odds were this great, Major Richards and some of his companions had shot their way out. But he didn’t want to try that this time, knowing it would put his father and his family at risk.

Major Richards had only time to seize his pistols and his field glasses, and scurry with this fellow troopers to a trap door in a closet. This “hidey hole” was in the lower floor and covered with an oil carpet, over which a bed was rolled. 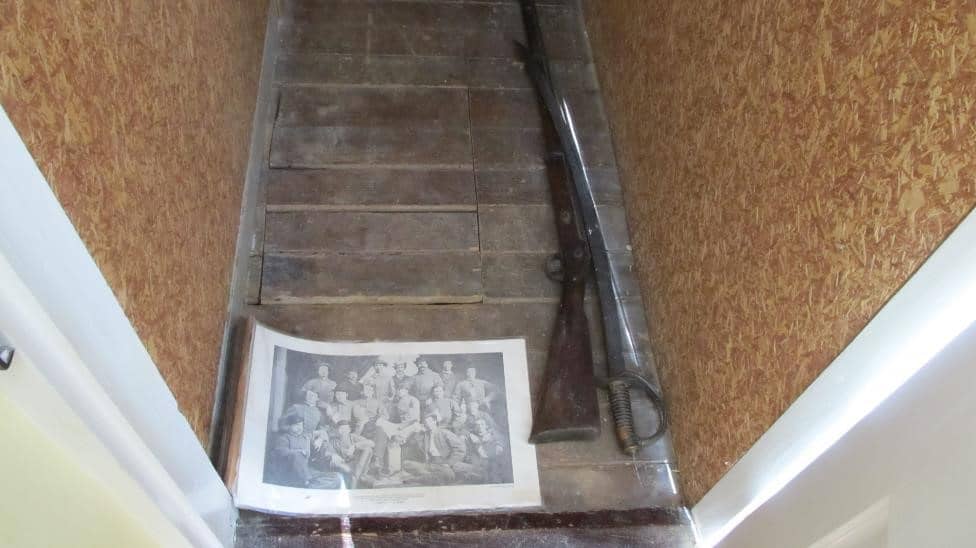 The “hidey hole” that hid Mosby Ranger Dolly Richards and his companion still remains in a closet at Green Garden.

Hiding In Cramped Quarters In The Safe House

By this time the Federals were knocking with more fury, and soon forced themselves into the house. They found Major Richards’ uniform, his boots with the spurs attached, as well as his white hat with its black ostrich plume—and knew they were close to catching him.

Forcing the father of Major Richards to furnish them candles they searched the house over and over from cellar to garret and back. One officer suggested they burn the house, but others protested so the plan was abandoned.

Still, they scrutinized every portion of the house, the outbuildings and stables for more than two hours.

The hours of the search were a trial for the three hidden away beneath the floor. Imagine knowing that a mere sneeze or a cough could mean prison—or death. It makes me shake just thinking about listening to the footsteps of the Federals stomping across the floors above. It was one of those times when their heartbeats probably sounded like a thunderclap.

The hidden soldiers could also hear the curses and threats against the family—and the responding cries of anguish and denials. To think that only an inch of wood separated them, yet they could not do anything to help.

For two long hours they waited, hoped, and prayed. 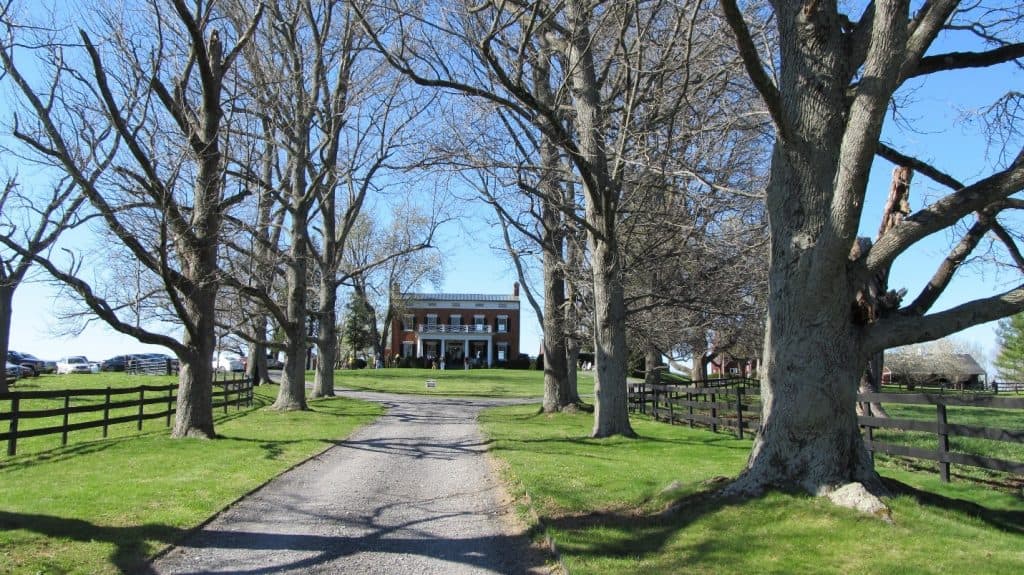 The Ordeal Comes To An End

And last the Yankees departed, but even then the family feared a trick. They waited and waited before finally raising the trap door, freeing the men from their prison. The men soon discovered that, although their uniforms had been carried away, their horses had not been discovered in a distant pasture.

Major Richards managed to secure a suit of brown Kentucky jeans and a pair of laborer’s boots which had been discarded by a farmhand.

He added a hat to his outlandish costume—an old-fashioned high-top, black felt one that was “badly worn with many holes.” As if this outfit was not bad enough for a valiant cavalryman, his mother pinned her woolen shawl about his shoulders in place of an overcoat.

With little fanfare, he went back to work, sending his two companions in opposite directions to gather as many of Mosby’s Rangers as possible. Lack of a proper uniform did not stop him. He was out for vengeance and retribution. The plan was to stop the Yankees before they re-crossed the Shenandoah River. 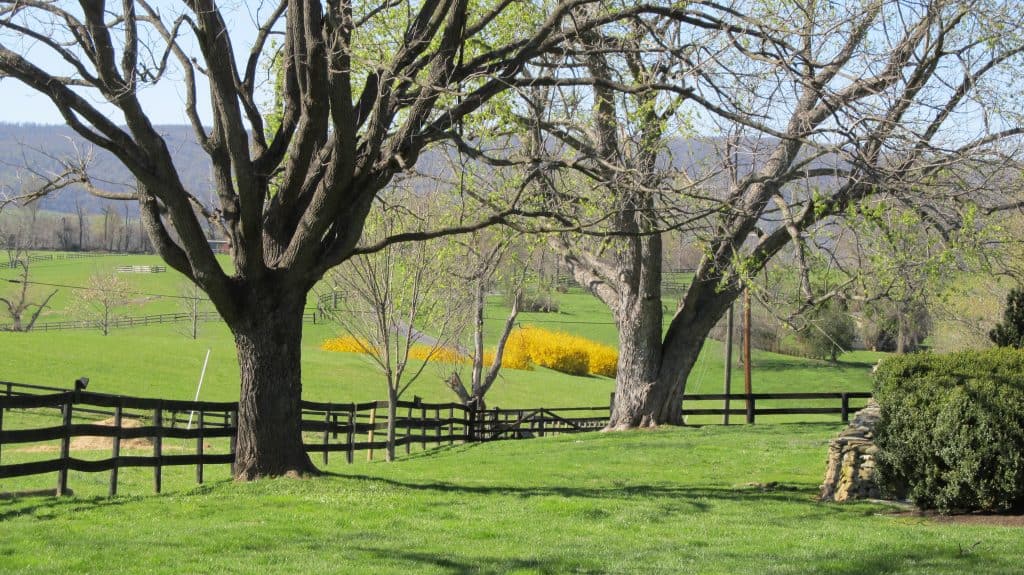 The view out the back of Green Garden, home of Mosby Ranger Dolly Richards.

While Major Richards was gathering his men, the Yankees came across a barrel of brandy, which slowed them down considerably. When Major Richards reached the tail end of the Federal unit, he had only 28 men. Five to one odds, though, did not bother him, especially after the hours he had just spent in the hidey hole of the Ranger safe house.

Ten others soon came up, so he was only outnumbered four to one.

Near Mt. Carmel Church, the Confederates made their attack, shooting as they rode. The Federals had no chance.

The assault was so unexpected and so savage that it resulted in a complete disaster for the Federals. Thirteen were killed in the action, and some 63 captured, of a total of around two-hundred. Only two Confederates were wounded. None killed.

When Major Richards reached the village of Paris where the prisoners were being held, he was told one of them wished to speak with him.

He walked up to a handsomely dressed young officer and asked him what he wanted. The Federal officer, obviously surprised at the appearance of the strangely attired young man (who was not yet 21 years old), said, “I desire to speak to the commanding officer.”

Major Richards looked him calmly in the eye and responded, “I am the commanding officer.” After a waiting a few moments for the other man to respond he asked, “What is it you want?” 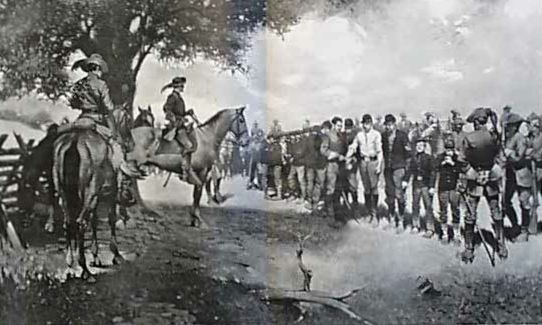 The Federal lieutenant then told Major Richards that there was a captain among the prisoners who was severely wounded. Richards paroled the man and had him removed to the village hotel and placed under the care of the neighborhood physician. He also directed that bills for medical attention and board be sent to him.

The wounded officer was Captain Duff, who had commanded the rear guard. He speedily recovered and was permitted to return home. In later years when statements were made that Mosby had mistreated his prisoners, the grateful captain made a vigorous defense of Mosby and his men.

Dolly survived the war and became a lawyer in Louisville, Kentucky, where he is buried.

Thanks to the Piedmont Historical Society, I had the opportunity to visit another Mosby Ranger safe house called Belle Grove. This house was owned by the Edmonds and one of the residents was a young lady who kept a diary about her wartime experiences.

An Incredible Weekend At Welbourne Inn