A Secret Vault Saved The Constitution And Declaration 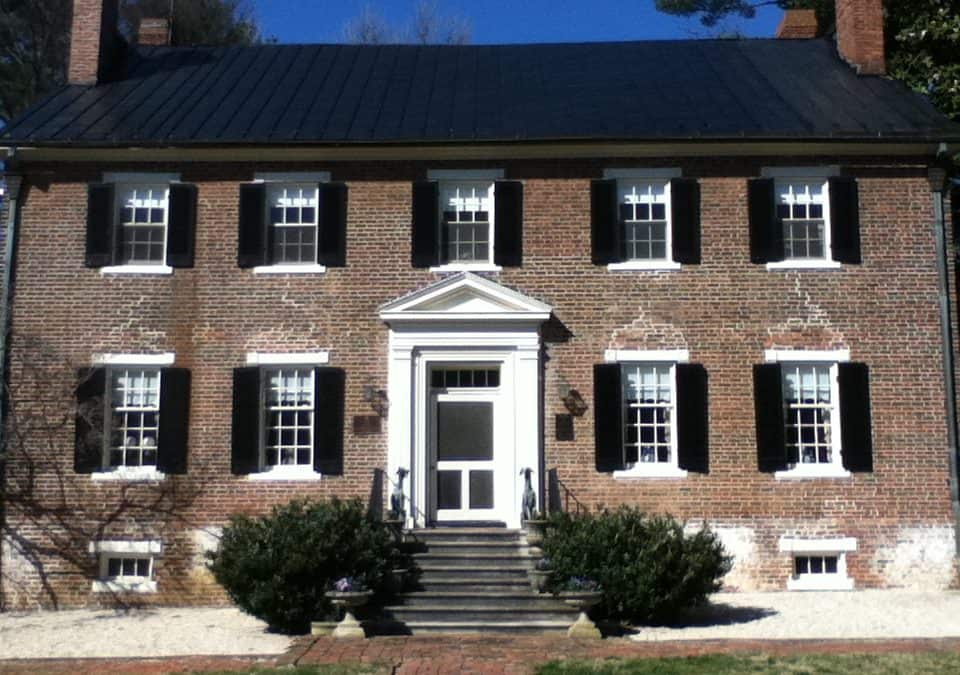 Did you know that a secret vault saved the Constitution and Declaration of Independence during the War of 1812?

With the Fourth of July (Independence Day) approaching, I thought it would be a good time to write a post on how a brick vault in a private home in Virginia saved all of the most important documents in our nation’s history.

It is the only time since the inception of the United States that these papers were stored in a private residence.

Rokeby: The House That Made History

Rokeby, located just south of Leesburg, Va., was originally built in the Georgian style of architecture and is still the largest and most formal colonial house in the region.

Construction began in 1757 and was completed in 1760 by Charles Binns II, who was the first clerk of the court for the newly formed Loudoun County, Virginia.

Much of its original Georgian character was changed in 1836 however during an extensive renovation by owner Benjamin Shreve, Jr.

At that time, the windows were remodeled and the clipped gables were removed. During another renovation in 1886, the house was enlarged with an extensive rear addition.

Rokeby was later returned somewhat to its early appearance during a 1958 restoration.

The secret vault that saved the Constitution and the other hallowed documents still exists today in the cellar.

The Constitution and Declaration of Independence In Danger

In the summer of 1814, the War of 1812 was in its second year and the British were advancing toward Washington, D.C.

(Yes, I’d say those are some pretty important papers!)

Pleasanton first placed the documents in an unused gristmill, but then feared they were still too close to the fighting. After procuring wagons from local farmers, he made his way 35 miles to Leesburg, which he apparently decided provided enough distance for safety.

After searching for a secure location, Pleasanton found the vacant Rokeby House, which was then owned by the brother of Leesburg town official Charles Rokeby.

The Burning Of Washington 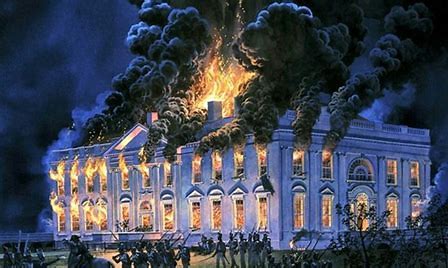 Burning of the White House during the War of 1812 by Tom Freeman.

Of course, the British did end up invading Washington and set fire to multiple government and military buildings, including the White House (called the Presidential Mansion at the time), the Capitol building and other facilities.

This invasion by the British caused a lot of damage and is the only time since the American Revolutionary War that a foreign power has captured and occupied the capital of the United States.

Amazingly, a freak storm blew in and saved the capital from more devastation. Historians believe it was a hurricane, along with an accompanying tornado. In any event, the “Storm That Saved Washington,” put out the flames and caused the British to retreat.

The National Weather Service reports that more British soldiers were killed as a result of the storm than had been killed in the battle the day before.

The Secret Vault That Saved The Constitution

The most precious documents of the United States were stored in an iron-door vault in Rokeby’s cellar and kept under the watch of the Rev. Littlejohn, a local minister. He was the sole tenant of the house while the documents were there.

Amazingly, the papers remained in this private home for several weeks until the British sailed out of the Chesapeake Bay.

Some people maintain that since the Constitution and Declaration of Independence were kept in Leesburg it made the town the capital of the United States. Others disagree, maintaining that the capital of the U.S. is where the president and three arms of the government do their jobs.

Today, The Rokeby House is privately owned and not open to tourists. 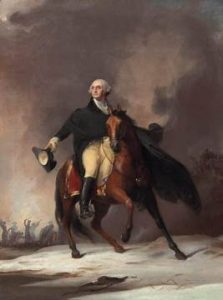 A large painting of George Washington hangs in Rokeby.

A Peek At The Vault That Saved The Constitution

Even though Rokeby is privately owned, I had the opportunity to take a look inside, thanks to the Mosby Heritage Area Association.

The afternoon began with author and historian Marc Leepson speaking about The Star-Spangled Banner at the Carriage House at Oatlands Plantation. Leepson is the author of the book “What So Proudly We Hailed,” which is a biography of Francis Scott Key, who wrote our national anthem.

Following his talk, we went to Rokeby where the Articles of Confederation, the Declaration of Independence, and the Constitution were stored for safekeeping.

Rokeby Helped Save The Constitution

Walking in the front door of Rokeby was truly like taking a step back in time. Upon entering, my eyes were drawn to a large painting of George Washington, which the owner told me had once hung at the Smithsonian.

To the left of the entrance foyer were the library and study; to the right, the parlor and dining room.

All of the rooms have fireplaces, and the owners have magnificent artwork hanging on almost every wall.

Of course, the most interesting feature of the home was the large brick vault with two small windows in the cellar. At one time there were iron bars on those windows and an iron door, but these were removed during the Civil War.

In addition to the large brick vault, the basement included a stone cooking fireplace. This is somewhat unusual as the kitchen was often in a separate building because of the danger of fire and excessive heat.

Who knew that all of the treasures of our country were once stored in a basement in rural Virginia? 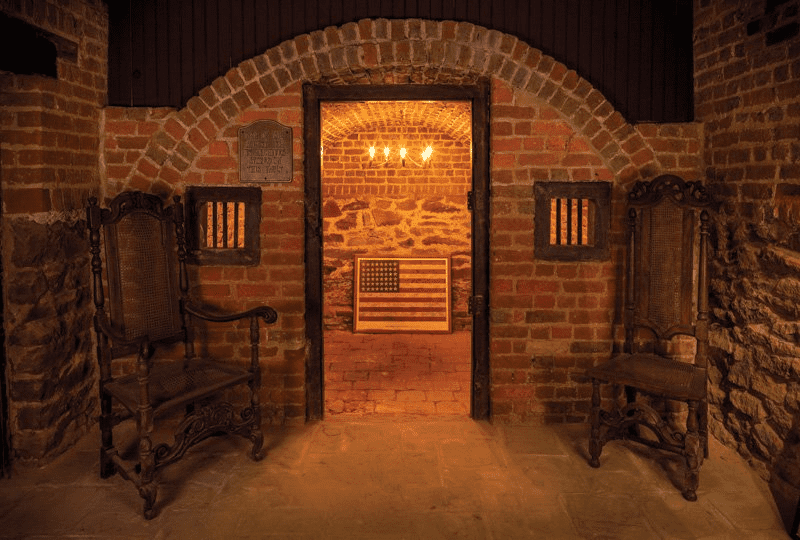 Wrap-Up Of The Secret Vault That Saved The Constitution

Many thanks to Rokeby’s owners and the Mosby Heritage Area for this memorable program. It is certainly wonderful to learn these tidbits of history by getting to see the historic sights.

If you’re interested in viewing the Constitution, the Declaration of Independence and the Bill of Rights, they are on display in the Rotunda at the National Archives Museum in Washington D.C. These original documents are encased in a titanium and aluminum frame and secured behind bulletproof glass and plastic laminate.

Each night these precious papers are lowered into an underground vault for safety.

An Incredible Weekend At Welbourne Inn

A Visit To Historic Arlington House