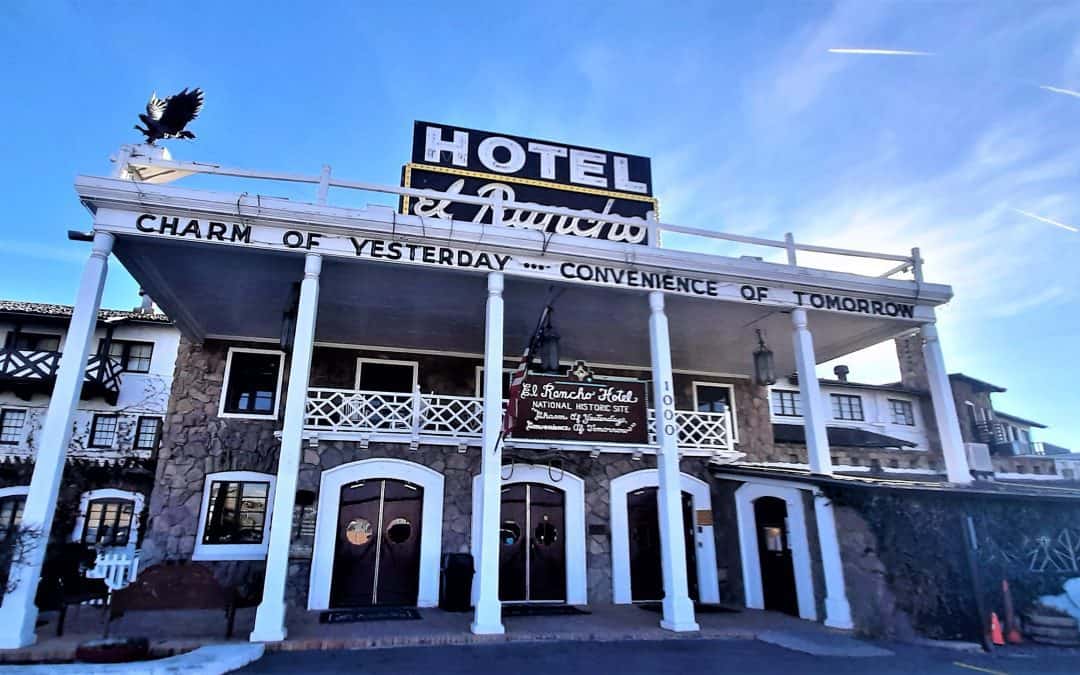 Spending a night at the historic El Rancho Hotel in Gallup, N.M., is almost like staying at a museum—but a bit grander and a lot more comfortable. Some of the greatest film stars of the mid-20th century used this rustic-yet-lavish hotel as their home base while filming Westerns in the area surrounding Gallup, N.M.

Sleep Where The Stars Slept

Take A Step Back in Time At El Rancho Hotel 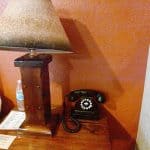 The telephone in my room at El Rancho.

Built in 1936 along U.S. Route 66 for R.E. “Griff” Griffith (brother of the famous movie director D.W. Griffith), the hotel is a large, rambling rustic style building that reflects the image and illusion of the Old West. During its heyday, the El Rancho Hotel was one of the premier hotels in the entire Southwest and conveyed a sense of luxury, making it the go-to place for the Hollywood set when they were filming in the area. 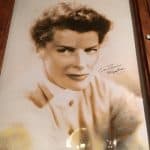 Stepping through the main entry doors is like taking a step back in time. You can’t help but imagine Katherine Hepburn walking through the same doors when she arrived in 1946 to film “Sea of Grass.” And it’s easy to picture John Wayne sauntering across the lobby or hear Jimmy Stewart’s voice echoing through the halls. 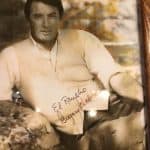 The large, homey lobby is welcoming and features a crisscross balustrade balcony running around the perimeter at the second-story level. Sturdy carved wood furniture, arranged in a sitting area, invites visitors to get comfortable as soon as they step through the entranceway. The room is accentuated with Navajo rugs draped from the balcony and deer head trophies hanging from the columns. Stamped tin lights and Western-style chandeliers create a soft, relaxing ambiance. 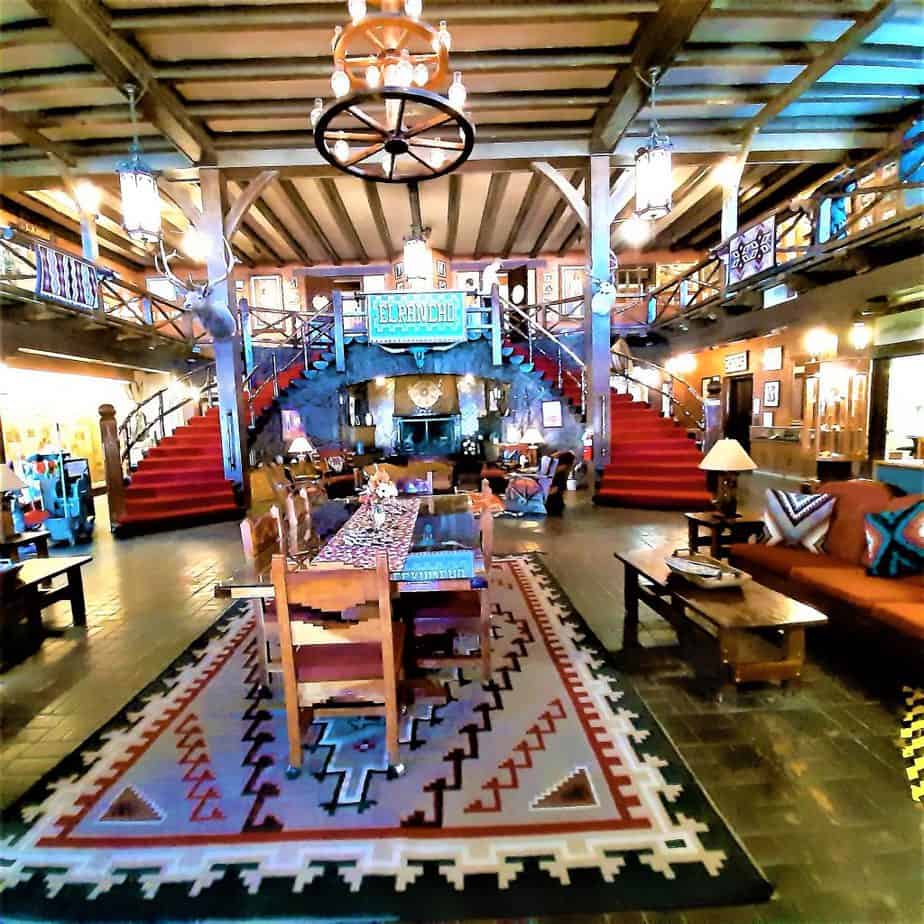 The expansive and beautiful lobby of the El Rancho Hotel. 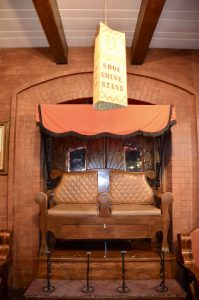 For a little more nostalgia and trace of days gone by, an old shoe-shine bench sits in the corner, along with cigarette and stamp machines (when stamps were 2 cents), as well as an old-time piano. Every room of the hotel combines rustic western grandeur with the charm of yesteryear.

The most eye-catching features of the lobby though are the twin curved staircases that bookmark each side of a spectacular walk-in fireplace cove. The stairs, made of split logs, wind their way up to the balcony that completely encircles the first floor. The railings are made from naturally bent, stripped and polished tree limbs. 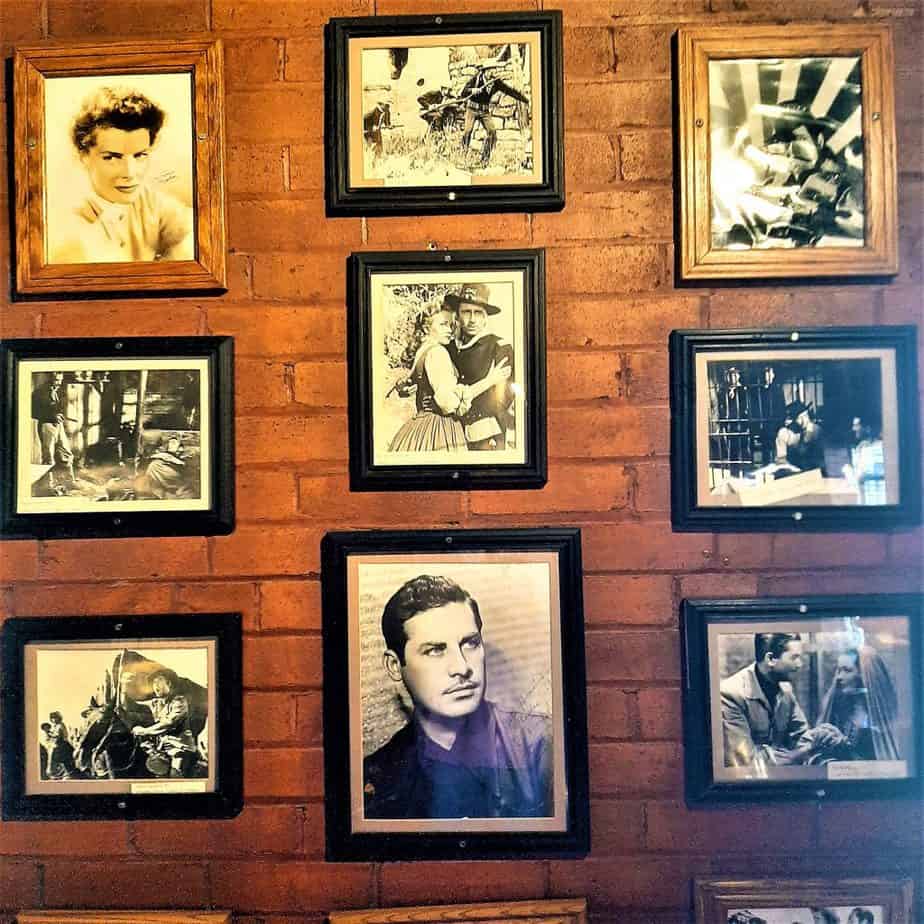 Photographs of some of the stars that have stayed at El Rancho.

Several second-floor sitting areas are furnished with comfortable chairs for reading or just looking down on the stately lobby below. You can spend hours studying the photographs of the movie stars that hang on the walls, along with framed (and sometimes autographed) scenes from the movies that were shot in the surrounding area.

The warm and inviting fireplace cove at El Rancho.

Unfortunately, the grandeur of the El Rancho Hotel began fading in the early 1960s when the lure of the black and white Westerns were being replaced by brilliant Technicolor. Additionally at that time the mysterious West was no longer out of reach for most Americans because of the existence of Route 66 and the almost completed Interstate-40. 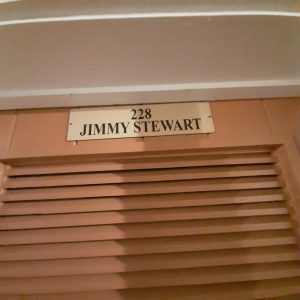 Luckily, Armand Ortega, a well-known Indian trader, bought the hotel despite its deteriorating condition and restored it to its original luster.

Today, the hotel is once again a popular stop for Route 66 travelers who can stay in rooms named for the movie stars who were guests before them.

El Rancho was listed in the National Register of Historic Places in 1988, and is a must-see if you’re traveling along Route 66 in New Mexico.

You will definitely get the Southwestern vibe in this hotel, along with a walk down memory lane. 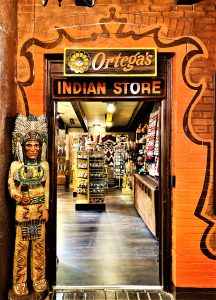 Hotel Gift Shops are usually a place to pick up a drink or a snack, or maybe a tee shirt or souvenir, but the gift shop at the El Rancho Hotel is definitely worth spending some time to shop.

The El Rancho Hotel Jewelry store features some of the most beautiful, authentic Gallup, New Mexico Indian Jewelry that can be found anywhere.

The Jewelry Store is owned by Armand Ortega and features handmade jewelry from local Navajo, Zuni and Hopi artists throughout the Region.

Ortega has been in the jewelry business his entire life and is a 4th generation trader. As a child, he worked in a Trading Post in Holbrook Arizona and has always worked hand in hand with the Navajo community. Today, Armand Ortega is one of the premier Traders in the region. 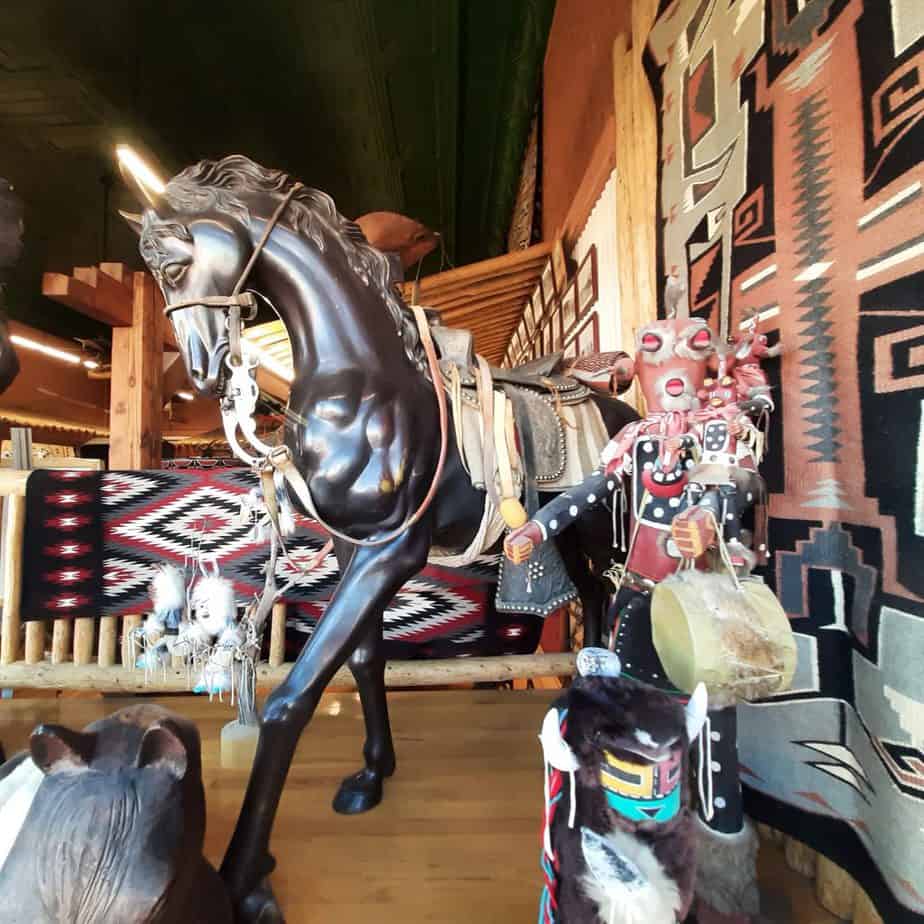 Other Shopping Near El Rancho Hotel

Gallup, where the hotel is located, makes the experience worthwhile with many trading posts that sell hand-made Indian jewelry, rugs and blankets, nearby.

I visited Richardson’s Trading Company and the Perry Null Trading Company. Both are like walking through a museum. Rugs, baskets and beautiful jewelry are all on display.

You can find more information about Gallup, N.M. at Visit Gallup.

The History of Nottoway Plantation 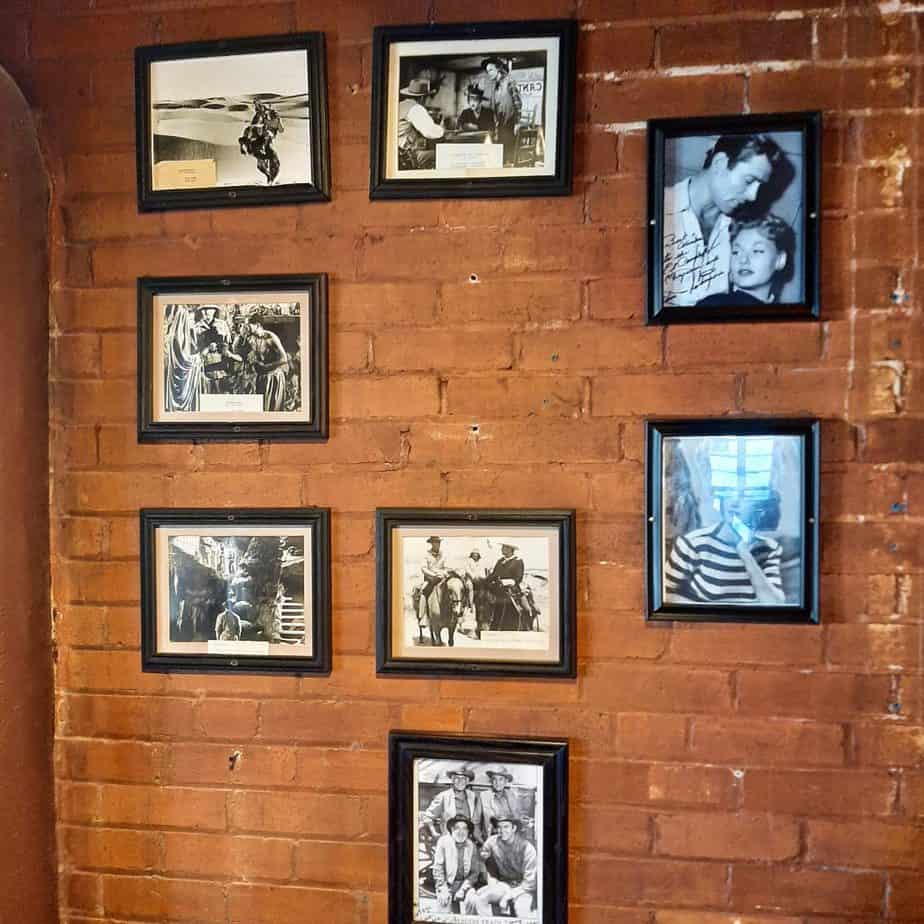 More photographs of movie stars at the El Rancho Hotel. 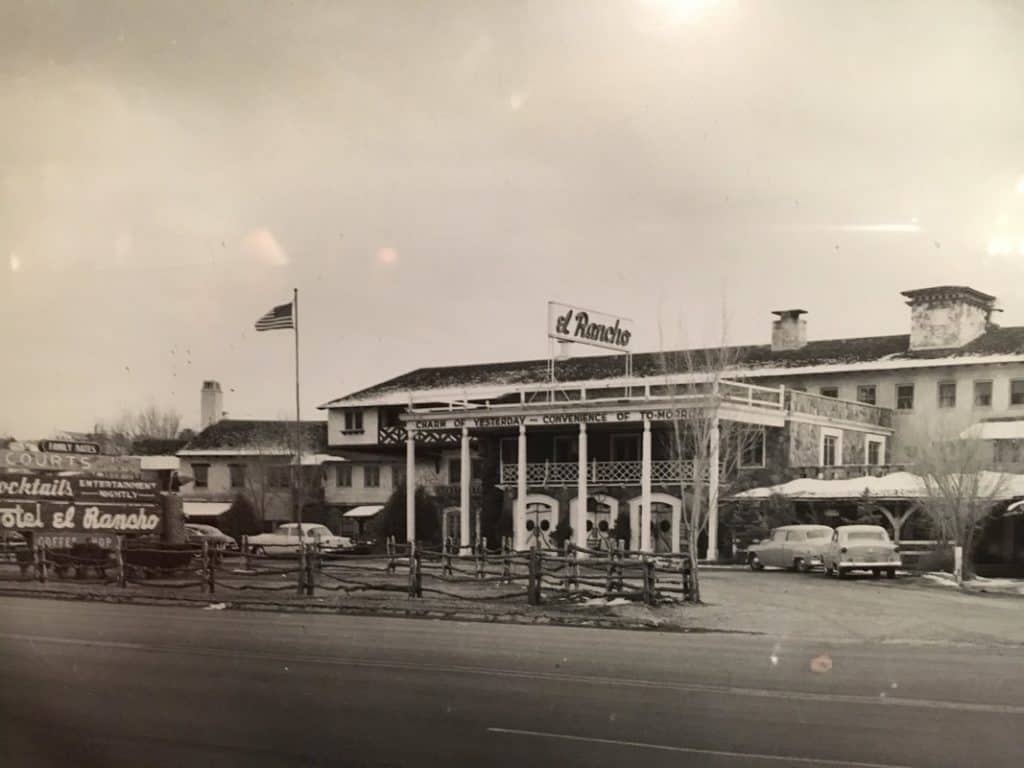 An old photo of the El Rancho Hotel along Route 66.