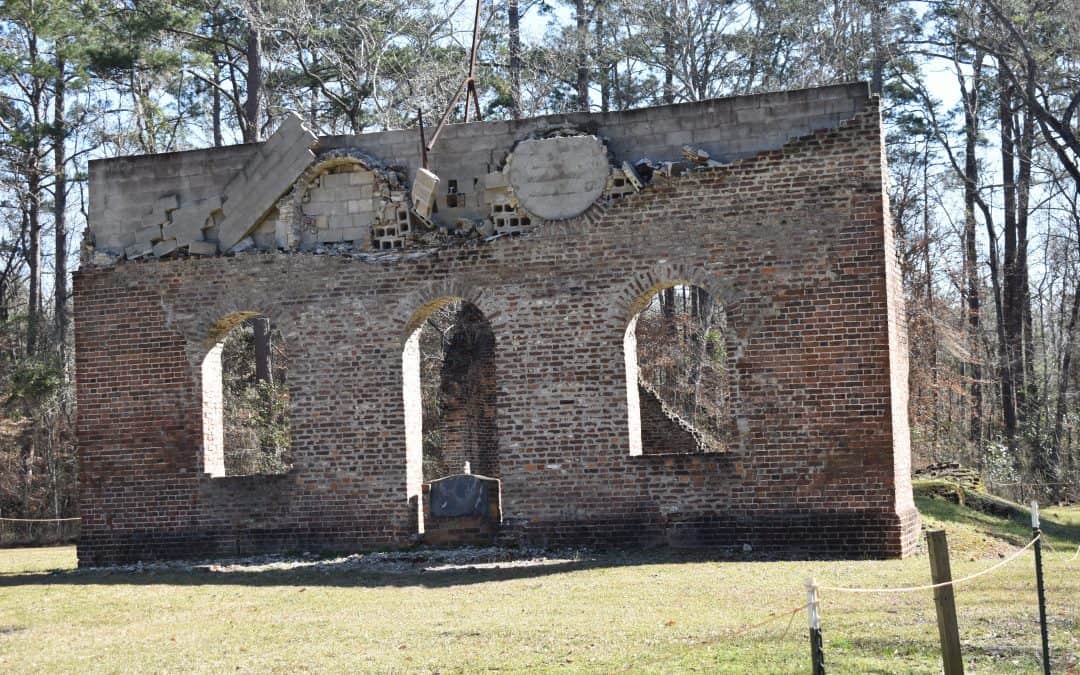 On a recent trip to Charleston, S.C., I came across a historical marker that led me down a dirt road to the Pon Pon Chapel of Ease, est 1725. It’s a breathtaking spiritual feeling to step into a clearing and take in the haunting view of the 267-year-old brick facade of one of the nation’s oldest chapels.

A large portion of the facade reportedly crumbled and fell during the Fourth of July weekend of 2020, the same time there was civil unrest and destruction of historical sites in many cities. 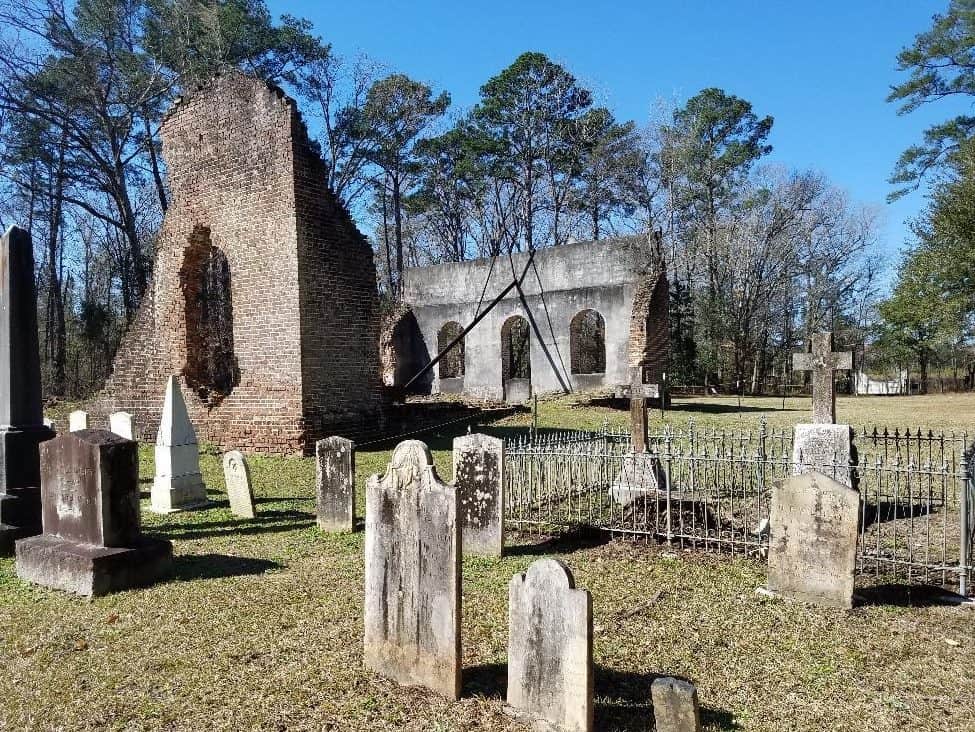 Only a small portion of the facade of the historic church remains.

In addition to its beauty and its age, the church is also historically significant because of the fact that John Wesley preached there in 1737. The brick building, first erected in 1754, was burned in 1801 and has since been know as “the Burnt Church.”

Though not a whole lot remains of the church, there is enough to get an idea of how beautiful and elaborate it was. It’s hard to imagine that it has stood there since before the United States was even a country.

The chapel site was located on Parker’s Ferry Road, the busy stagecoach thoroughfare that connected Charleston and Savannah. In 1754, a brick chapel was erected to replace the earlier wooden structure. After the chapel burned in 1801, it was rebuilt between 1819 and 1822, and was in use until 1832 when it was again reduced to ruins. 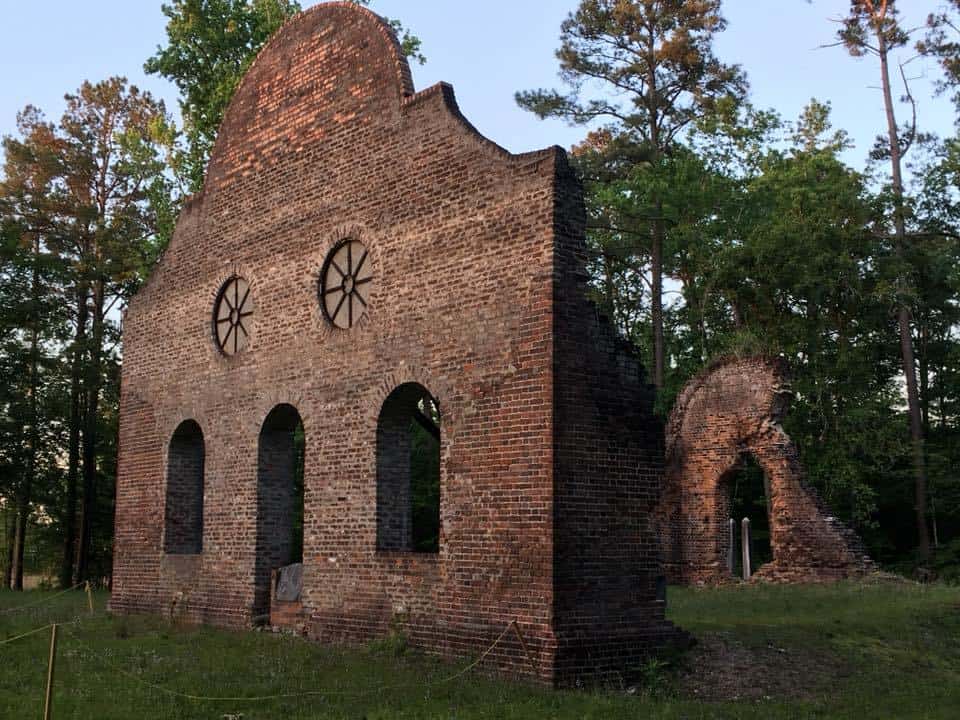 This is how the church looked before it started to crumble.

The walls were constructed in Flemish bond. The burial ground at the church contains the remains of Congressmen Aedanus Burke and O’Brien Smith, in addition to numerous local leaders.

The church is located about 35 miles west of Charleston.