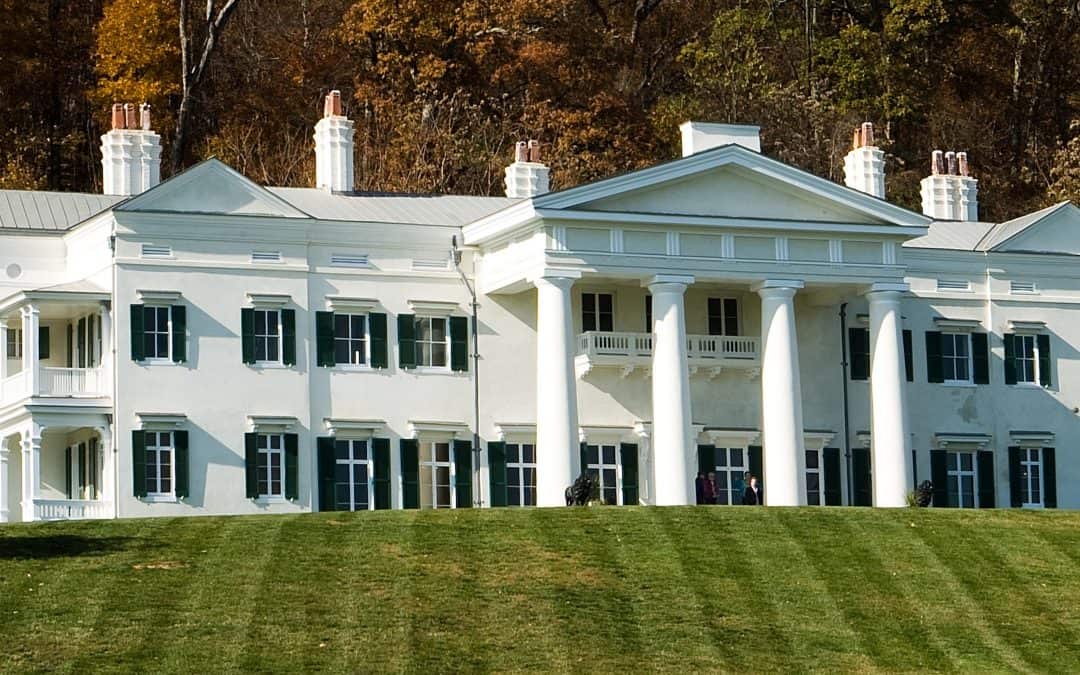 Those of you who read my books know that one of my Civil War novels features historic Morven Park on its cover. Located outside Leesburg, Va., the mansion lies in the heart of the Mosby Confederacy and is quite  an impressive estate.

Coincidentally, it is right beside the Marion DuPont Scott Equine Medical Center, where I worked as a brand new veterinary technician graduate back in the 80s. It was fun to go back to the area where I spent so much time — and the area that got me hooked on the Civil War! 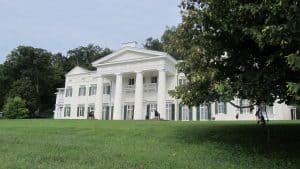 In its 240-year history, Morven Park’s mansion transformed from a tiny fieldstone farmhouse into the impressive Greek Revival that stands in Loudoun County, Va. today. The house has been the home of two governors: Thomas Swann Jr., who used Morven Park as his summer home while serving as mayor of Baltimore before becoming Maryland’s governor during the Civil War; and Westmoreland Davis, governor of Virginia from 1918 to 1922, who purchased the property in 1903.

Inside, the furnishings are lavish and opulent. Sixteenth century Belgian tapestries, silver pieces, paintings, and Asian treasures, are some of the items that can be seen. But the house is only one of the three museum collections that can be visited at Morven Park. There is also a collection that tells the story of Virginia’s foxhunting heritage, and a private collection of antique carriages once owned by Viola Winmill. 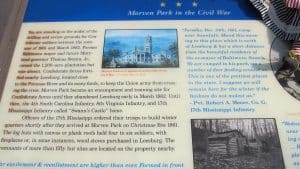 The 1,200-acre property during the Civil War served as a camp for Confederate troops between the summer of 1861 to March of 1862. The large, sweeping lawn in front of the mansion was the review and drilling grounds.

There are reproductions of the cabins the soldiers built on the walking trails that wind through the property. Infantry soldiers from South Carolina and Mississippi who were encamped there, called the house “Swan[n]’s Castle.” During the war, there was a large tower in the back of the house that was later removed.

If you live anywhere near northern Virginia, I highly recommend a visit to this historic site. The gardens and walking trails are a great place to spend a Saturday afternoon. 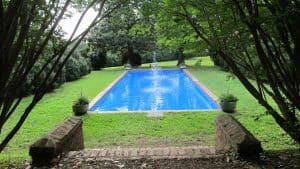 It’s quiet, peaceful, and easy to  imagine thousands of Civil War soldiers spread out over the lawn and fields.

As an added bonus, the adjacent equestrian center has twilight polo games and different horse sporting events pretty much all year long.