A Visit to Historic Long Branch 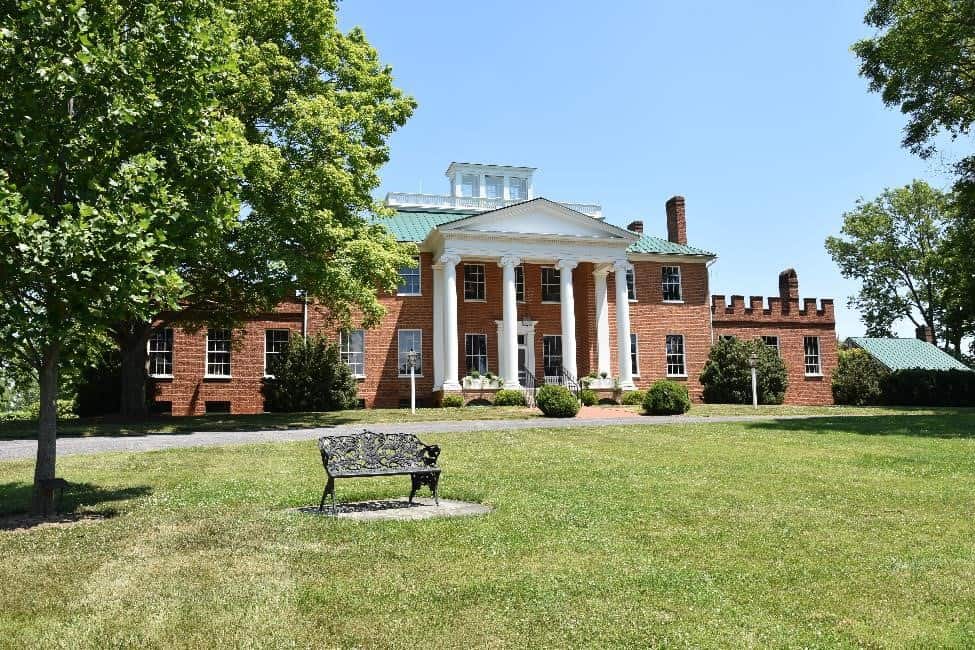 There’s no better way to see history than on horseback, and I had just that opportunity on Sunday, thanks to a ride sponsored by the Virginia Piedmont Heritage Area. Despite the heat and the loudness of the 17-year-brood of cicadas, it was a great day for seeing the beautiful scenery in Clarke County, Va. 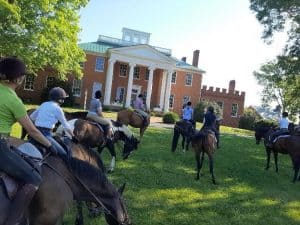 Riders gather in front of historic Long Branch for the start of the trail ride.

The trail ride started at picturesque Long Branch, located near the small town of Boyce, Va. The 200-year-old house sits on 400 pristine acres and overlooks gently rolling hills that swell seamlessly into the Blue Ridge Mountains.

The known history of the property dates back to 1788, when Robert Carter Burwell, a descendant of Robert “King” Carter, inherited the land sitting along a stream known as Long Branch. He turned the land into a wheat plantation, and began to construct a mansion around 1810.

Unfortunately, Burwell didn’t have much time to enjoy his new home. He took a fatal fall in a camp near Norfolk, Va., while serving in the military during the War of 1812.

The property passed into the ownership of Burwell’s sister, Sarah and her husband Philip Nelson, who didn’t move in until around 1820. Sources indicate they operated the house as a school for girls while continuing wheat production.

Struggling to keep the plantation running, Nelson ended up selling it to his nephew Hugh Nelson in 1842 for $32,000. Hugh and his wife Adelaide did some renovations including adding the beautiful spiral staircase that is there today. 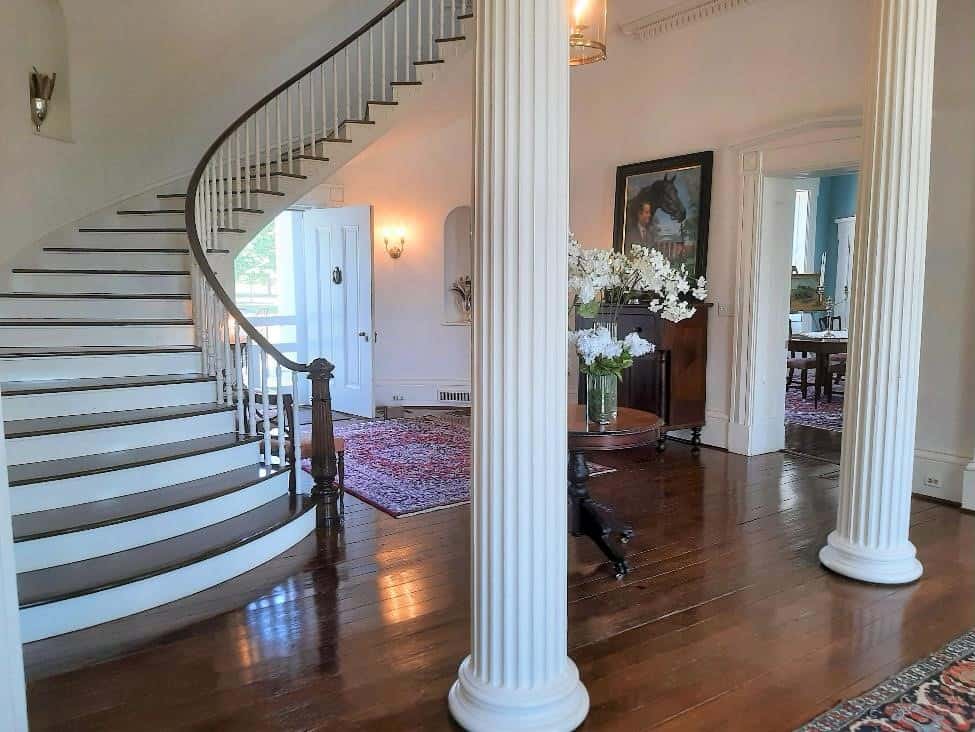 Serving as one of Clarke County’s delegates to the Virginia secession convention, Hugh was very pro-Union. He gave many impassioned speeches, including one in which he said: “These green fields, where now ‘lowing herds wind slowly o’er the lea,’ may become fields of blood. Can you blame me, then, if I wish to try all peaceful means, consistent with Virginia honor, of obtaining our rights, before I try the last resort?”

Despite his stance to stay in the Union, when the delegates voted to secede, Hugh sided with his native state—like so many others—and went on to command the 6th Virginia Cavalry. He rose through the ranks, and eventually served as Aide-de-Camp on General Richard Ewell’s staff.

Again, tragedy struck as Hugh was severely wounded in the Seven Days Campaign June 25-July 1, 1862. He ultimately died of infection a little over a month later. 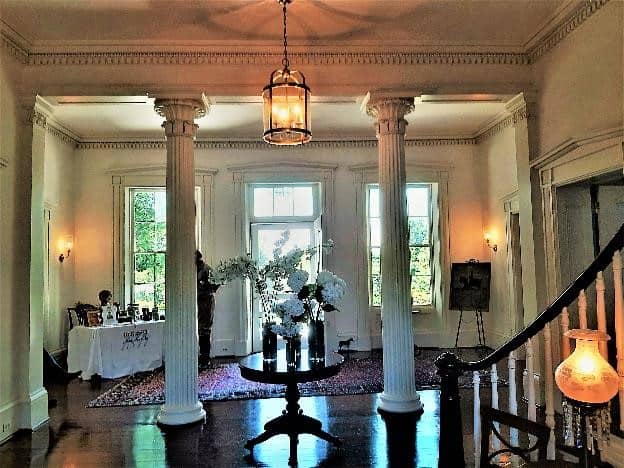 The entrance foyer at Long Branch.

The Nelson family struggled to hold onto the plantation after Hugh’s death, and was able to do so until the 1950s. When Sallie Page Nelson passed away in 1951, the heirs decided to sell the house. It went through a number of owners after that, eventually ending up on the courthouse steps in 1986. 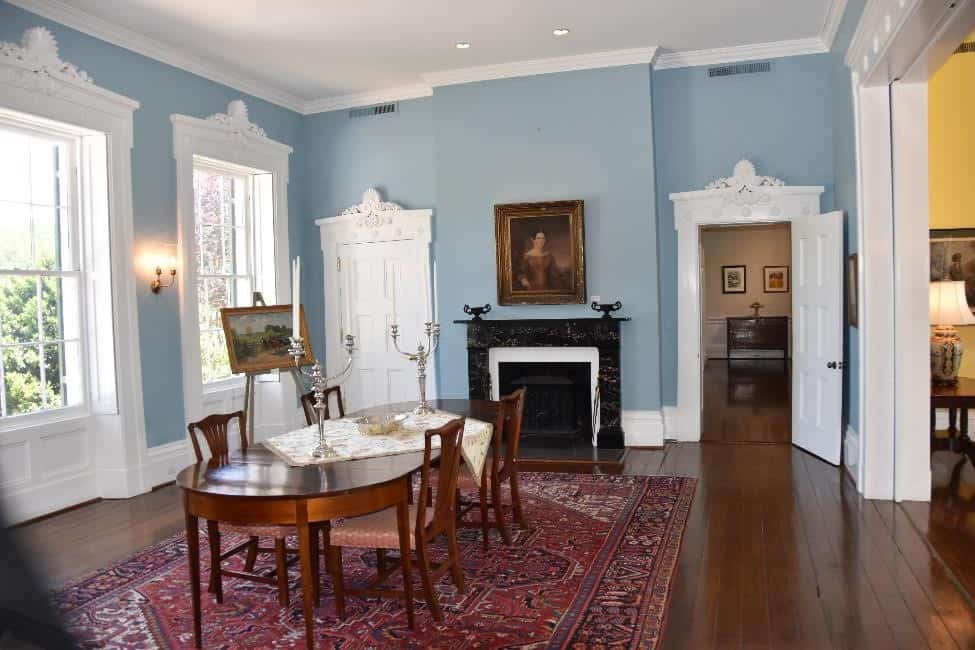 The dining room at Long Branch. 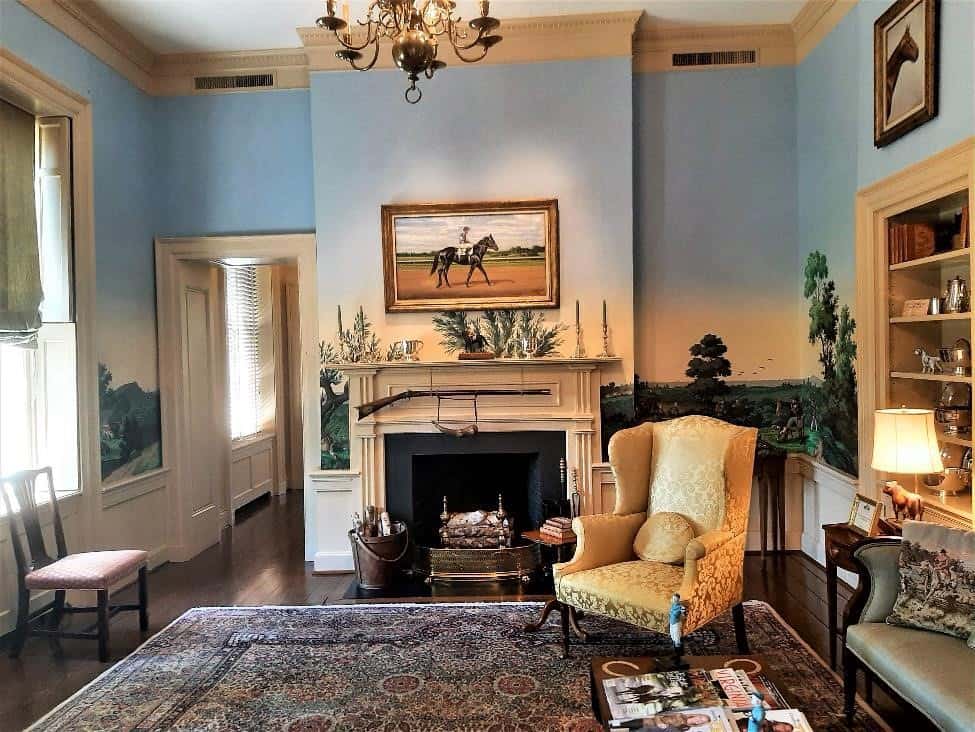 This is Isaac’s Hunt Room, purposely left the way Harry Isaacs refurbished it in the 1980s. He had a lifelong involvement in horse racing.

Today Long Branch serves as a Virginia wedding reception venue and a horse retirement facility. The scenery is breathtaking, from the treelined entranceway to the views of the Blue Ridge Mountains. The house is available for parties, meetings, and other large gatherings. 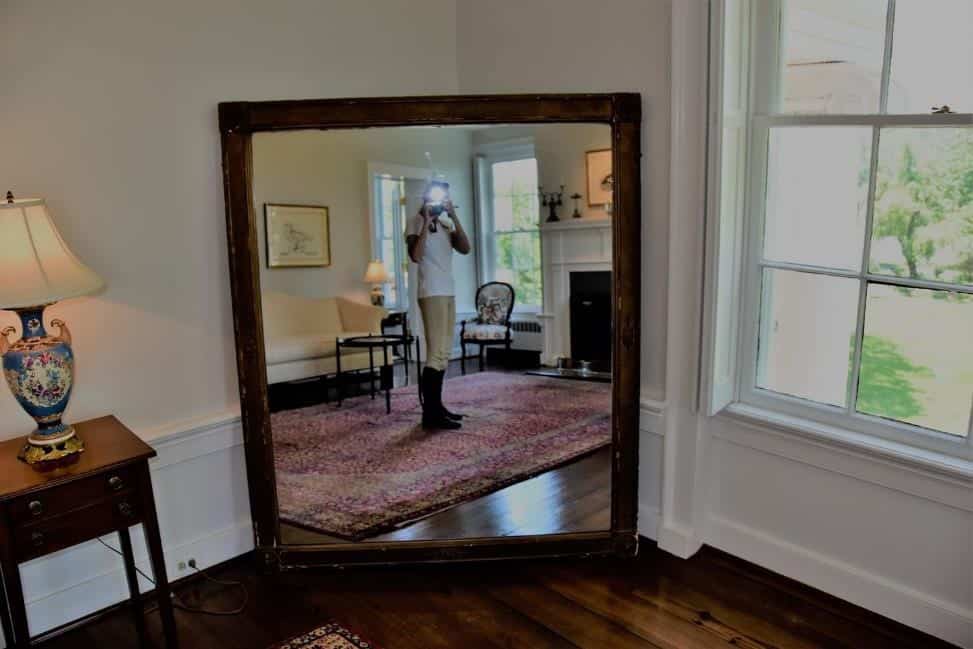 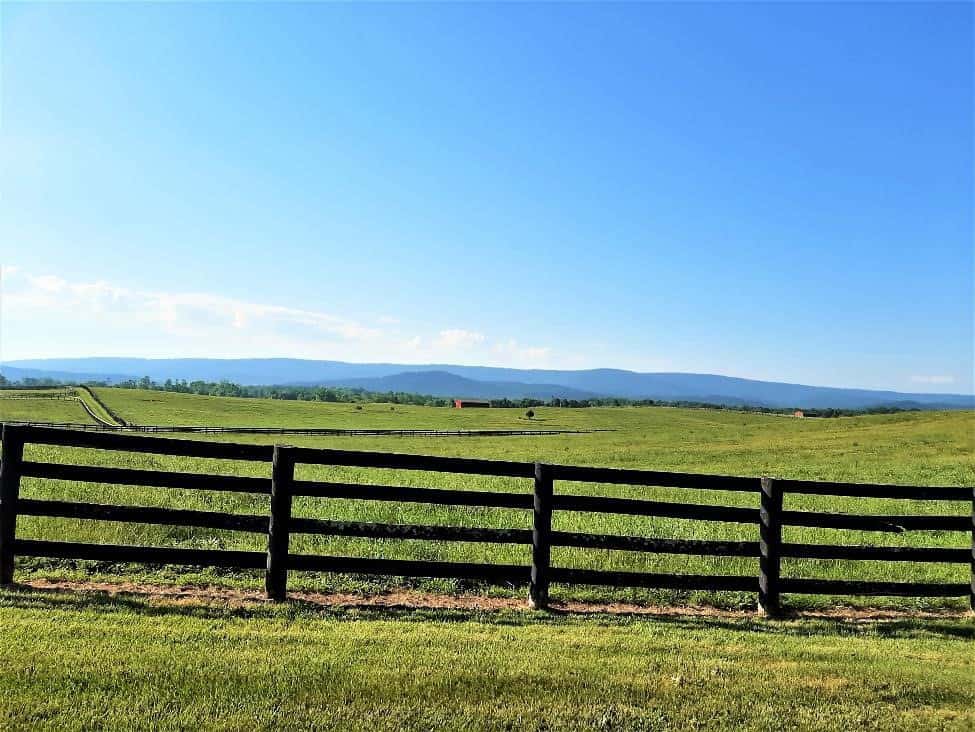 The view from the entrance to Long Branch.