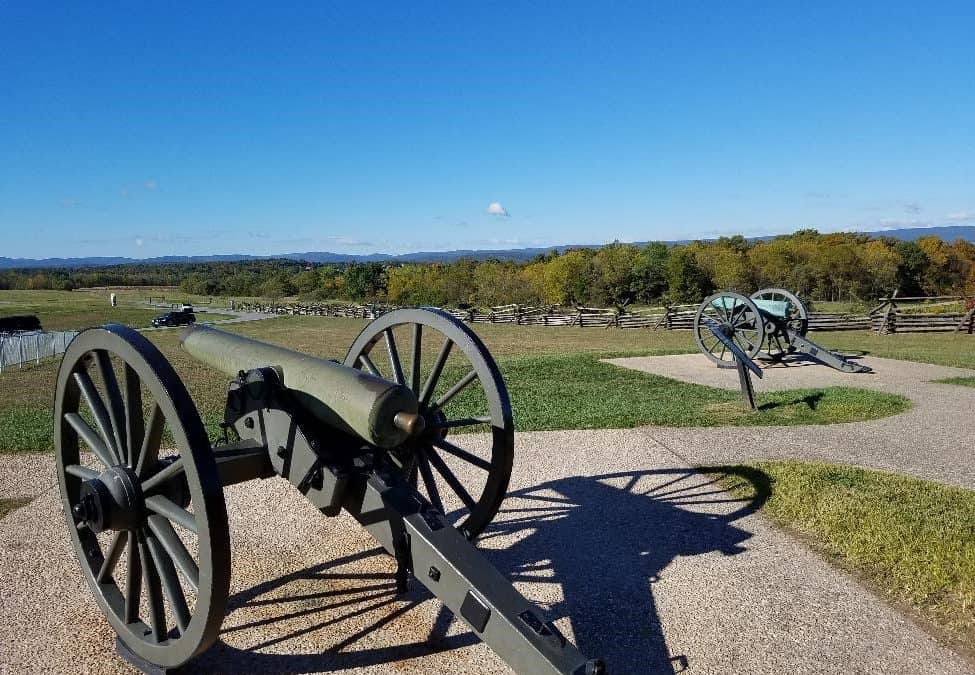 Since I have a “Gettysburg address, driving through the Gettysburg battlefield is pretty much an every day experience. After all, the three-day battle in 1863 pretty much surrounds — and includes — the entire town.

The First Day Of The Battle

I attended an event  just north and west of town recently, so I took some pictures of the battlefield that encompasses some of the first day of fighting. The top photo is looking south from the Eternal Peace Light Memorial on Oak Hill. 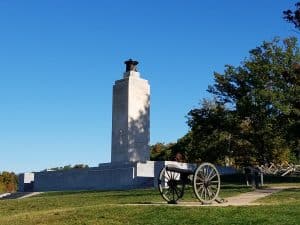 Made of Maine granite and Alabama limestone — and funded by contributions from Pennsylvania, Wisconsin, Illinois, New York, Indiana, Tennessee, and Virginia, the Peace Light Memorial came about as an idea born in the wake of the 1913 veterans reunion at Gettysburg.

Some 250,000 people attended the dedication ceremony in 1938; 1,800 of those participants were Civil War veterans.

Oak Hill is the third highest point on the Gettysburg battlefield at a little over 640 feet above sea level. It is to the northwest of Gettysburg and dominates the fields to the west and north of town that were the scene of most of the fighting on the first day of the battle.

Confederate possession of Oak Hill by reinforcements turned the tide of the battle and led to the collapse of the Union line and their retreat through Gettysburg to Cemetery Hill.

If you venture north of town to where the action on the first day of the Battle of Gettysburg occurred, make sure you stop by Coster’s monument and mural on Coster Avenue. 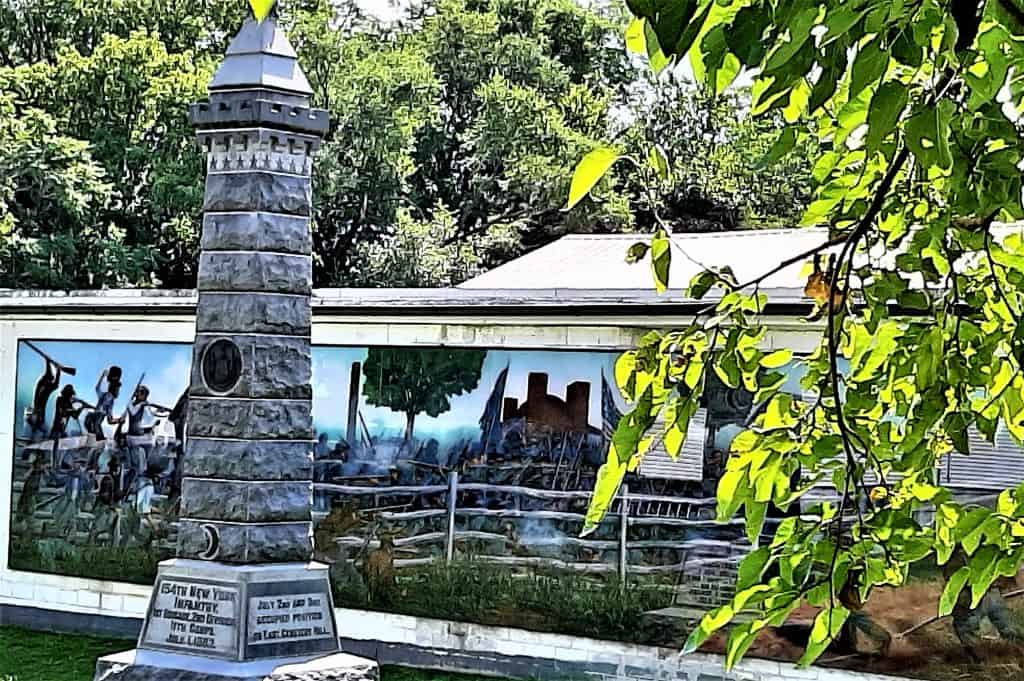 This was the scene of heavy fighting and heavy casualties that few people ever visit.

To find it, travel north from the Gettysburg Square on Carlisle Street and turn right on Stevens street (one block past the first traffic signal). Go straight and you will run right into it.

I think a lot of people go to the Visitor Center, south of Gettysburg, or stumble across the area of Pickett’s Charge and the Round Tops, and never make it to the west and north side to town where the first day of fighting took place.

There is so much to see in Gettysburg.

If you’re on a tight budget, make sure you read Free Things To Do In Gettysburg.