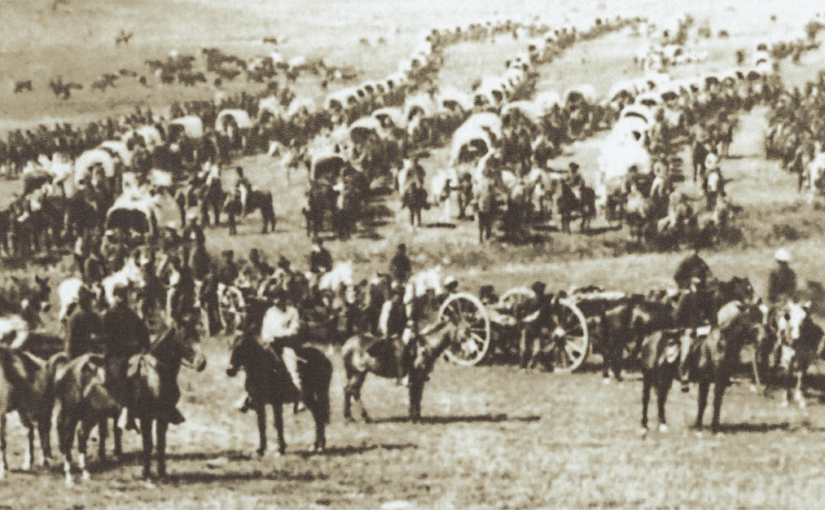 Some links in this post may be affiliate links.

Although I live less than 10 miles away, I have to admit I had never visited the Monterey Pass Battlefield Park site until this week. Now that I’ve explored it, I will be recommending this hidden treasure to anyone who visits Gettysburg. The route to Monterey Pass is not only scenic, but it follows the Confederate retreat from the Battle of Gettysburg, so it’s educational as well. 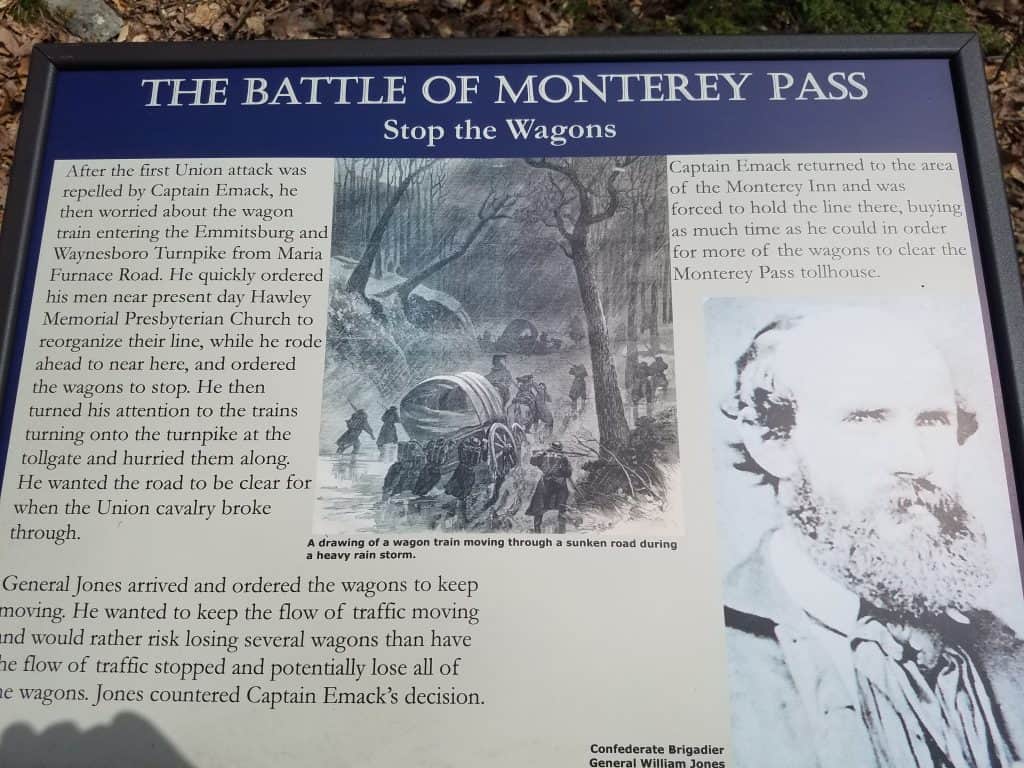 History Of The Battle

The Battle of Monterey Pass may not be famous, but it is the second largest Civil War battle in Pennsylvania and is the only one to have been fought in two states (Maryland and Pennsylvania).

It also took place on treacherous roads at night during a violent thunderstorm.

Following the Battle of Gettysburg, the Confederates headed south with 60 miles of wagons loaded with supplies needed to sustain Lee’s arm. Twenty miles of those wagons made their way via Monterey Pass, and were attacked on the night of July 4th, by 5,000 Union troops in the middle of a raging thunderstorm.

There are many accounts from surviving soldiers of the terror the night induced because of the steep and treacherous roads. The sheer number of wagons is almost incomprehensible.

For several hours in the rain and darkness, the opposing forces engaged in some of the most confusing and chaotic fighting of the Civil War. In some instances, the soldiers could only tell where the enemy was by muzzle flashes or lightning that illuminated their positions.

This is some of the rocky terrain of the Monterey Pass Battlefield.

The Monterey Pass Battlefield Park and Museum is a 125 acre natural, cultural and historical park with lots of walking trails and wayside exhibits to explain the history.

I started with the Monterey Peak Trail, which is a little steep, but all of the other trails in the park are quite easy. As you can see, the climb is worth the effort! 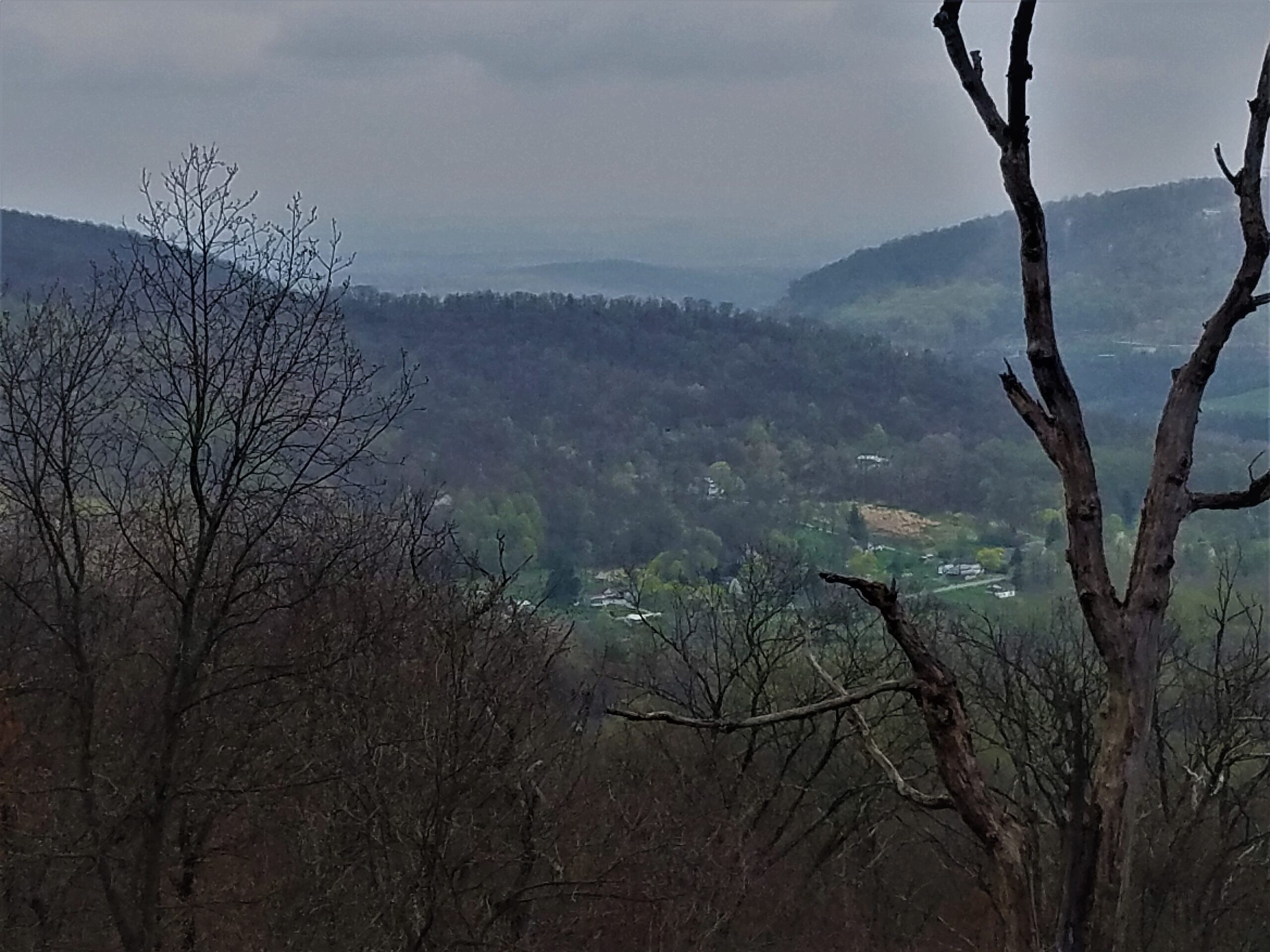 If you want to spend an afternoon enjoying at beautiful scenery and learning history along the way, Monterey Pass Park is a great place to visit. Here is a link to download the TRAIL MAP. 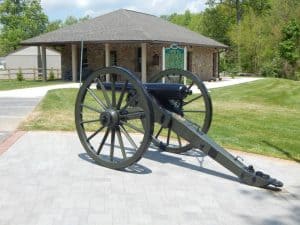 The Battle of Monterey Pass Museum.

There is also a museum on site, thanks to the amazing efforts of the entire community. The museum houses a collection of artifacts and has additional information about the Battle of Monterey Pass and the Confederate Retreat.

The Museum is open weekends from 10 a.m. – 4 p.m. from April to November. There is no admission fee, but donations are accepted and appreciated

There is a driving tour available that covers the beginning phase of the Battle of Monterey Pass beginning at the Fountaindale Fire Department.

From there, the tour follows the steps of the Union cavalry through South Mountain. The tour also takes visitors to High Rock, Maryland which provides an exceptional view of the entire Cumberland Valley.

From High Rock, you’ll drive to Ringgold, Maryland, where the Battle of Monterey Pass ended. The tour ends at Leitersburg  where Union cavalry attacked the Confederate wagon trains as they moved toward Hagerstown.

The tour covers 20 miles and takes about 2.5 hours. Here is a link for the DRIVING TOUR.

If You Go To Monterey Pass Battlefield

The Monterey Pass Battlefield Park is located less than 20 miles from Gettysburg in Franklin County, Pennsylvania.

The history of the area starts well before the Civil War. In 1747, immigrants looking for a new life traveled through the pass to Appalachia on the Great Wagon Road.

Before the Great Philadelphia Wagon Road, Monterey Pass was part of the Great Warriors Path.  At one time this early colonial road carried more traffic than all other roads combined, and was responsible for the beginning of the westward migration.

By 1863 this site was a major transportation hub with roads from Georgetown, Baltimore, Pittsburg, and Philadelphia, converging at the toll house, making it a strategic part of the retreat from Gettysburg.

Check out this video: