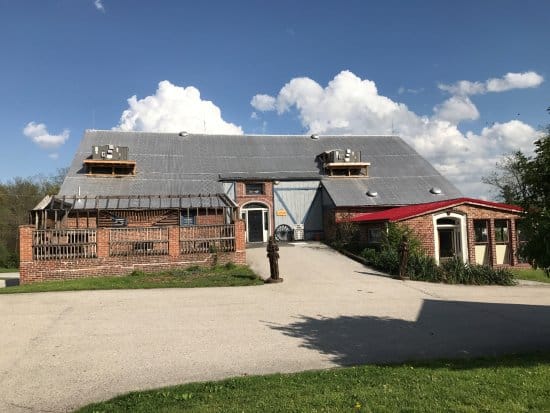 One of my favorite “haunts” is Battlefield Brew Works, a restaurant and pub located in a restored barn just outside of historic Gettysburg. I did a book signing there for the release of my Civil War novel The Lion of the South and fell in love with the ambience and setting.

It’s always a unique and welcome experience to be able to visit buildings that played a major role in our nation’s history. Battlefield Brew Works is located on the former W.H. Montfort Farm, which served as the location for a field hospital during the Battle of Gettysburg.

More than 1,300 soldiers were taken to the property after the unsuccessful assault on Culp’s Hill, where they occupied the barn, house and grounds. Montfort Farm was ideally located making it one of the largest Confederate field hospitals in the area.

When the Confederates retreated from Gettysburg, they left 446 soldiers at the farm for another 28 days. Many of the wounded left behind were near death or were too seriously injured to be moved. Forty-seven men who died at the farm were buried there, and later re-interred in Hollywood Cemetery in Richmond, Va. 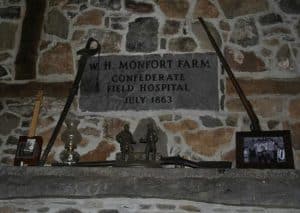 The stone walls, uneven floors, and huge beams really give you a sense of history — and Brew Works is history-making in its own right as well. It is Pennsylvania’s oldest operating brewery and distillery (combination) under one roof.

So now you’re probably asking, ‘Is this place haunted?”

Some say that it is. A few women have experienced strange encounters in the area of what is now the women’s bathroom.

If you have a chance to visit Gettysburg, don’t forget to add Brew Works to the places you visit. What could be better than grabbing a bite to eat in a barn that was a witness to one of the most important events in our nation’s history?