A visit to historic Woodlawn 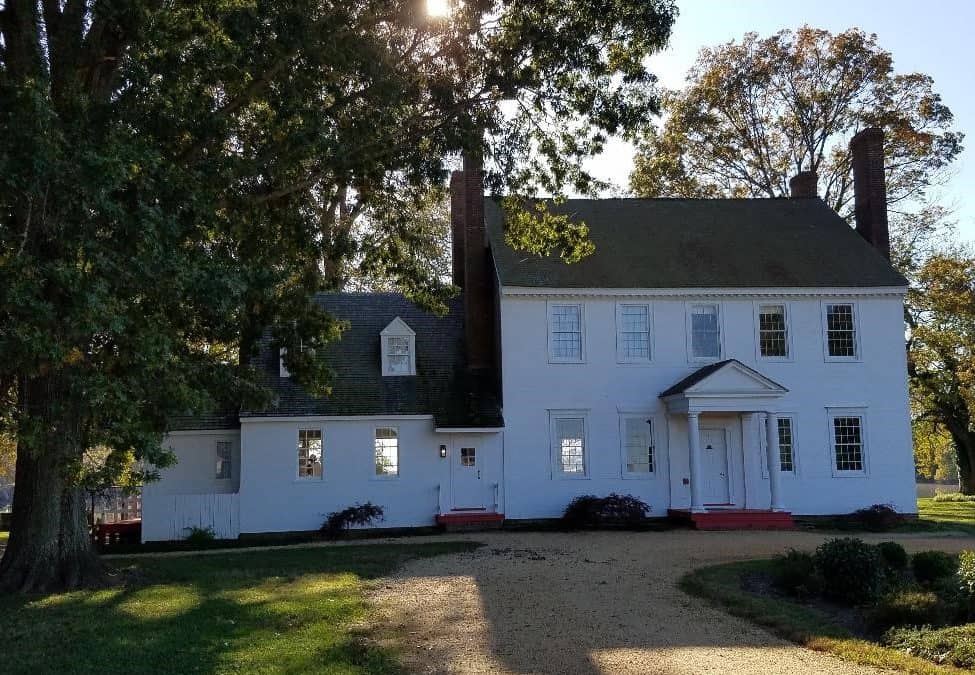 As most of you know, I LOVE old houses! So I was in heaven last weekend when I got to attend a wedding at Woodlawn in Ridge, Md.

The historic property was deeded in 1634 to Leonard Calvert, (Maryland’s first governor). The beautiful Manor House that still stands today was built by American Revolution Colonel Matthias Clarke between 1798 and 1805.

As you can see from the photo, the home is a Federal-style, wood frame house with brick ends for chimneys. The property sits on the banks of Calvert Creek, which empties into Calvert Bay on the Potomac River. The way it is situated allows beautiful views at both sunrise and sunset.

Originally known as “Trinity Manor,” but now called Woodlawn, the tract contained 600 acres when Leonard Calvert first patented the land. The property later appeared in an 1865 map of the county, in what had then become the St. Inigoes District. 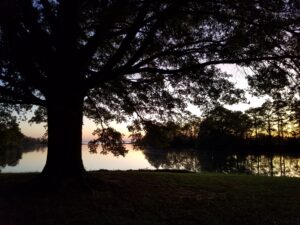 An importer by trade, Clarke owned a 64-foot pilot schooner, the Republican, which was built in 1805. Clarke used the vessel to transport hogsheads of tobacco from St. Mary’s County to Baltimore City. He was a member of the St. Mary’s County militia, and served as a sheriff for the county in 1794, as well as a county justice in 1795. He also served on the Saint Mary’s County Levy Court.

Just driving down the mile-long sandy road gave me chills. But then when I saw this large live oak tree overlooking the water, I knew I was going to love this place! 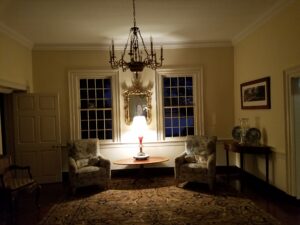 The inside of the house was even more stunning than the outside, if that is possible. Hardwood floors (of course), beautiful chandeliers, and breathtaking views of the water are just some of the  characteristics that give the home both elegance and charm.

The property is now used as a Bed and Breakfast and wedding venue. In addition to the main house, there are Creekside Cottages and a 1634 replica cottage known as Magnolia Cottage. Almost all of the bedrooms enjoy waterfront vistas.

I am so glad I got to see this stunning historic home.